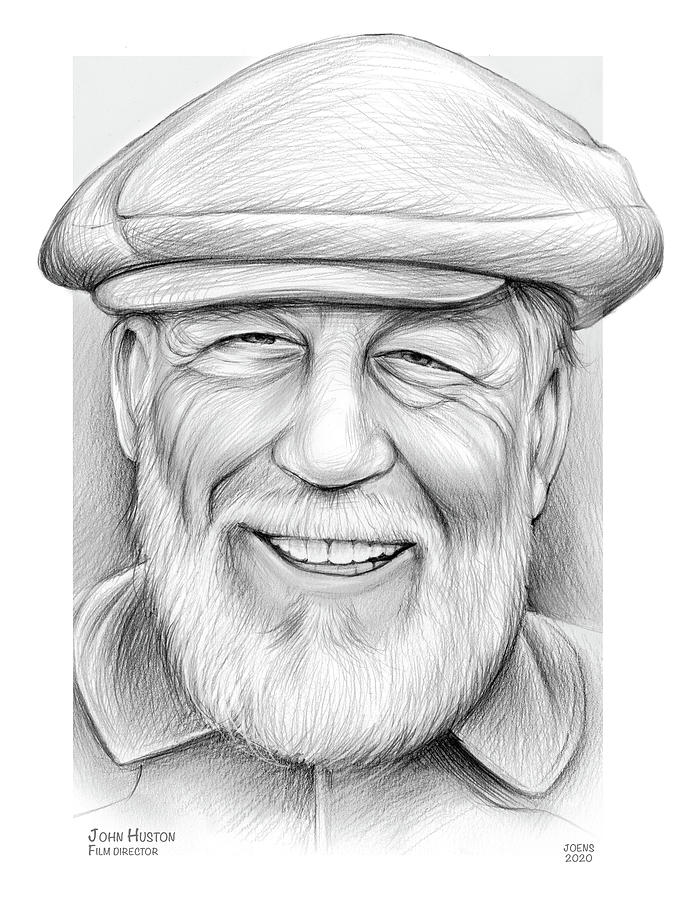 john Huston is a drawing by Greg Joens which was uploaded on February 10th, 2020.

John Marcellus Huston (/ˈhjuːstən/; August 5, 1906 – August 28, 1987) was an American film director, screenwriter, actor, and visual artist. Huston was a citizen of the United States by birth but renounced U.S. citizenship to become an Irish citizen and resident. He returned to the United States, where he lived the rest of his life.[2] He wrote the screenplays for most of the 37 feature films he directed, many of which are today considered classics: The Maltese Falcon (1941), The Treasure of the Sierra Madre (1948), The Asphalt Jungle (1950), The African Queen (1951), The Misfits (1961), Fat City (1972), The Man Who Would Be King (1975) and Prizzi's Honor (1985). During his 46-year career, Huston received 15 Oscar nominations, winning twice, and directed both his father, Walter Huston, and daughter, Anjelica Huston, to Oscar wins.
Source Wikipedia