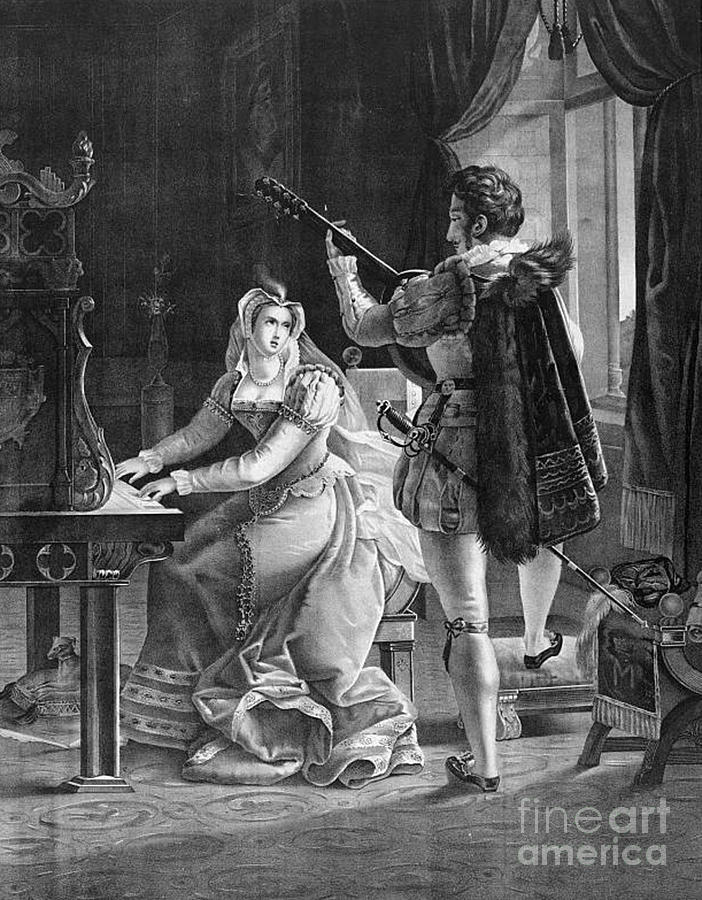 Mary Queen Of Scots is a photograph by Photo Researchers which was uploaded on March 7th, 2013.

Mary, Queen of Scots (1542-1587) was queen regnant of Scotland from 1542 to 1567 and queen consort of France from 1559 to 1560. She was 6 days old when her father died and she was crowned nine months later. In 1558, she married Francis, Dauphin of France and Mary became queen consort of France until she was widowed in 1560. Mary returned to Scotland and in 1565 married her first cousin, Henry Stuart, Lord Darnley. In February 1567, there was an explosion at their house, and Darnley was found dead, strangled, in the garden. She soon married the 4th Earl of Bothwell, who was generally believed to be Darnley's murderer. Following an uprising against the couple, Queen Mary was imprisoned in 1567 and forced to abdicate in favor of her one-year-old son, King James VI. After an unsuccessful attempt to regain the throne, Mary fled to England seeking the protection of her first cousin Queen Elizabeth I of England. Perceiving her as a threat, Queen Elizabeth had her arrested. After 18 years and 9 months in custody in a number of castles and manor houses in England, she was tried and executed for treason for her alleged involvement in three plots to assassinate Elizabeth.