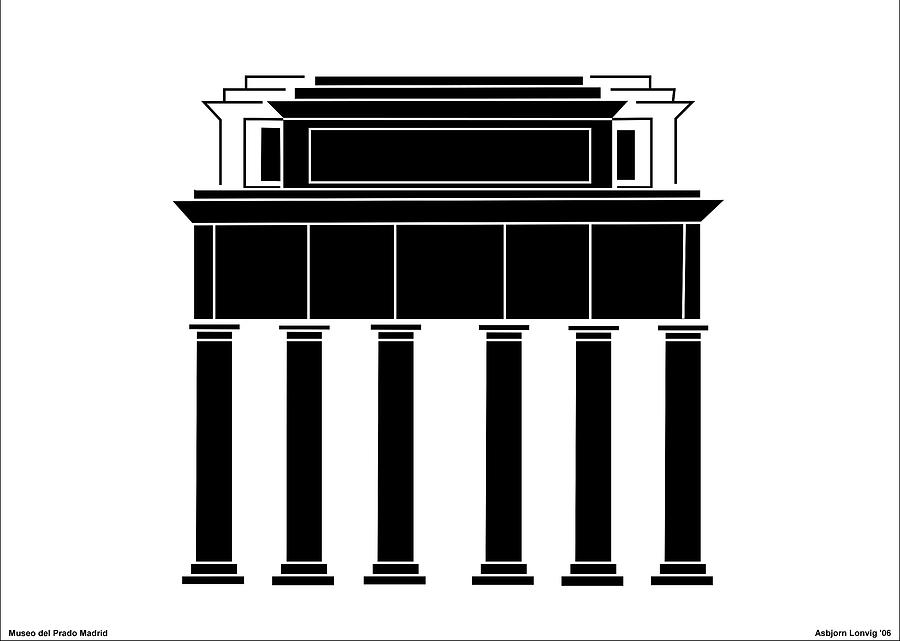 Museo Del Prado is a piece of digital artwork by Asbjorn Lonvig which was uploaded on September 15th, 2007.

The Museo del Prado is a famous museum and art gallery located in Madrid, Spain.
It features one of the world's finest collections of European art, from the 14th century through the early 19th century.

Founded as a museum of paintings and sculpture, the Museum also has important collections
of more than 5,000 drawings, 2,000 prints, 1,000 coins and medals, and almost 2,000 decorative objects and works of art.
Sculpture is represented by more than 700 works and by a smaller number of sculptural fragments.
The superb picture gallery consisting of 8,600 paintings is the factor which lends the Museum its world class status.
The Prado undisputedly has the world's finest collections of works by Spain's Diego Velázquez and Francisco Goya,
as well as of Dutch painter Hieronymus Bosch (a personal favorite of King Philip II of Spain).
The museum also has excellent collections of Raimundo de Madrazo y Garreta, Don Federico de Madrazo y Kuntz, José de Madrazo y Agudo,
El Greco, Peter Paul Rubens, Raphael, Titian, Bartolomé Estéban Murillo.
Fine examples of the works of Melozzo da Forlì, Botticelli, Caravaggio, Albrecht Dürer, Rembrandt, Veronese, Hans Baldung,
Fra Angelico, van der Weyden and many other notable artists are on display in the Museum.

The most famous work on display at the Museum is Las Meninas by Velázquez. Velázquez not only provided the Prado with his
own superb works, but his keen eye and sensibility was also responsible for bringing much of the museum's fine collection of Italian masters to Spain.

Pablo Picasso's famous work Guernica was exhibited in the Prado upon its return to Spain after the restoration of democracy,
but was moved to the Museo Reina Sofía to take advantage of a superior space for the exhibition of the immense canvas.

from Wikipedia, The Free Encyclopedia.