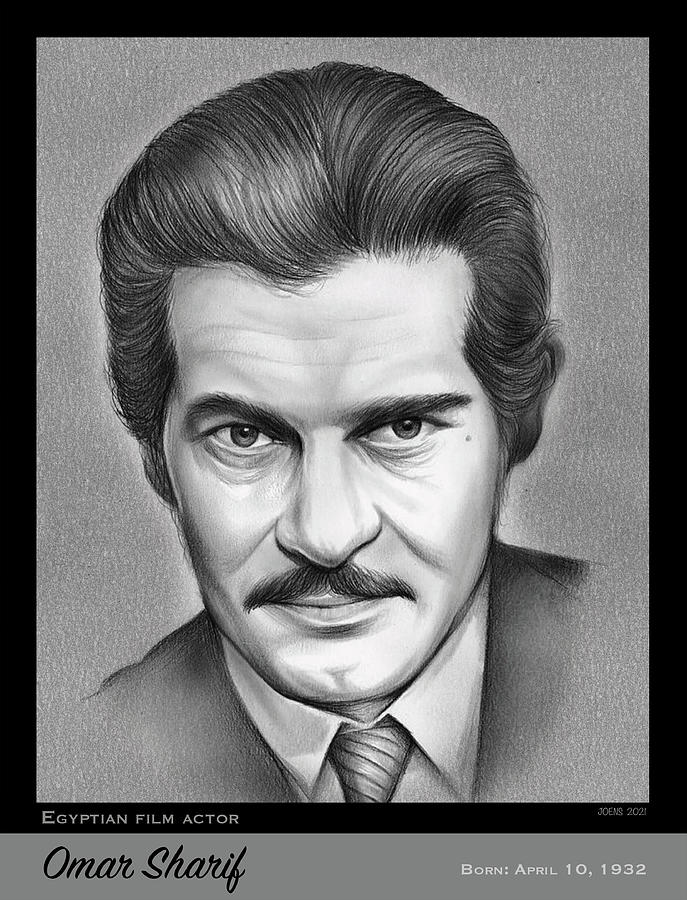 Omar Sharif is a drawing by Greg Joens which was uploaded on April 10th, 2021.

Omar Sharif born Michel Dimitri Chalhoub 10 April 1932 – 10 July 2015) was an Egyptian film and television actor. He began his career in his... more

Omar Sharif born Michel Dimitri Chalhoub 10 April 1932 – 10 July 2015) was an Egyptian film and television actor. He began his career in his native country in the 1950s, but is best known for his appearances in British, American, French, and Italian productions. His films include Lawrence of Arabia (1962), Doctor Zhivago (1965), and Funny Girl (1968). He was nominated for an Academy Award for Best Supporting Actor for Lawrence of Arabia. He won three Golden Globe Awards and a César Award.

Sharif, who spoke Arabic, English, French, Spanish, Greek, and Italian fluently, was often cast, in British and American films, as a foreigner of some sort. He bridled at travel restrictions imposed by the government of Egyptian president Gamal Abdel Nasser, leading to self-exile in Europe. He was a lifelong horse racing enthusiast, and at one time ranked among the world's top contract bridge players.