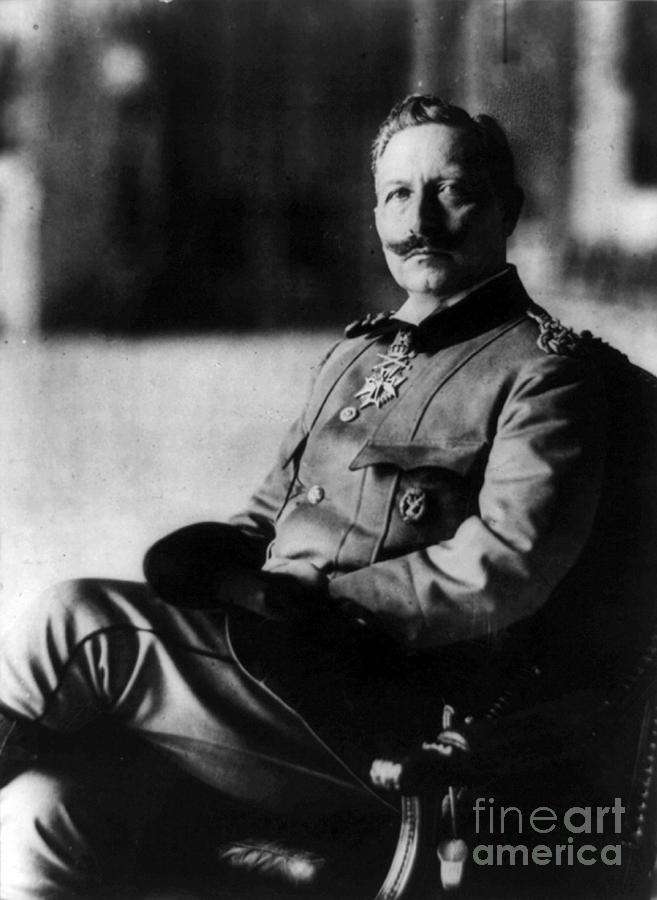 Wilhelm II, German Kaiser is a photograph by Science Source which was uploaded on April 18th, 2016.

Wilhelm II photographed in 1915. Wilhelm II (January 27, 1859 - June 4, 1941) was the last German Kaiser and King of Prussia, ruling the German Empire and the Kingdom of Prussia from 1888 to 1918. Crowned in 1888, he dismissed the Chancellor, Otto von Bismarck, in 1890 and launched Germany on a "New Course" in foreign affairs that culminated in his support for Austria-Hungary in the crisis of July 1914 that led to World War I. Bombastic and impetuous, he sometimes made tactless pronouncements on sensitive topics without consulting his ministers, culminating in a disastrous Daily Telegraph interview that cost him most of his power in 1908. His top generals, Paul von Hindenburg and Erich Ludendorff, dictated policy during World War I with little regard for the civilian government. An ineffective war leader, he lost the support of the army, abdicated in November 1918, and fled to exile in the Netherlands where he died in 1941 at the age of 82.