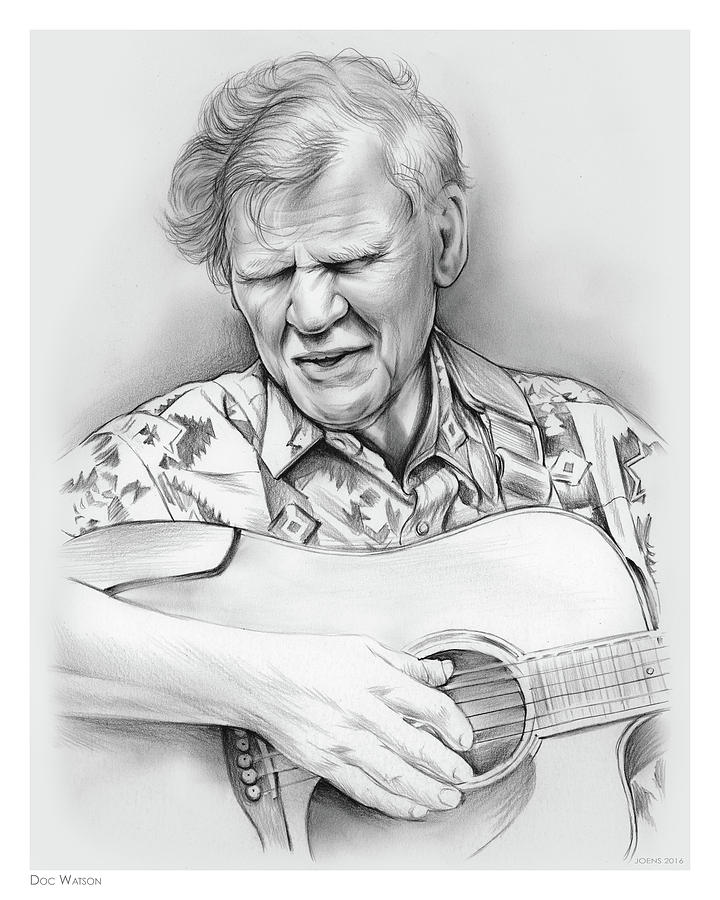 Doc Watson is a drawing by Greg Joens which was uploaded on October 12th, 2016.

Arthel Lane "Doc" Watson (March 3, 1923 – May 29, 2012) was an American guitarist, songwriter, and singer of bluegrass, folk, country, blues, and gospel music. Watson won seven Grammy awards as well as a Grammy Lifetime Achievement Award. Watson's flatpicking skills and knowledge of traditional American music were highly regarded. He performed with his son, guitarist Merle Watson, for over 15 years until Merle's death in 1985 in an accident on the family farm. Source: Wikipedia