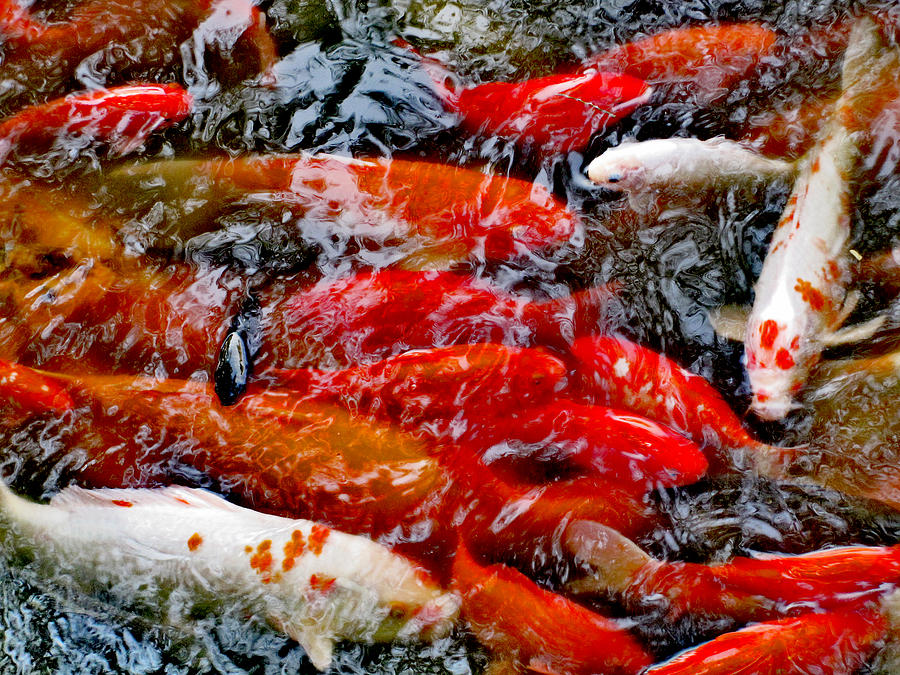 Koi. Next To The Forbidden City. Beijing. China. is a photograph by Andy Za which was uploaded on January 31st, 2015.

Koi. Next To The Forbidden City. Beijing. China.

Koi. Next To The Forbidden City. Beijing. China. ... more

This original photograph is currently for sale.   At the present time, originals are not offered for sale through the Pixels secure checkout system.   Please contact the artist directly to inquire about purchasing this original.

Koi. Next To The Forbidden City. Beijing. China.

Koi. Next To The Forbidden City. Beijing. China.
Koi (literally "brocaded carp"), are a group of fish that are ornamental varieties of domesticated common carp (Cyprinus carpio) that are kept for decorative purposes in outdoor koi ponds or water gardens. Koi varieties are distinguished by coloration, patterning, and scalation. Some of the major colors are white, black, red, yellow, blue, and cream. The most popular category of koi is the Gosanke, which is made up of the Kohaku, Taisho Sanshoku, and Showa Sanshoku varieties. The word koi comes from Japanese, simply meaning "carp." It includes both the dull grey fish and the brightly colored varieties. What are known as koi in English are referred to more specifically as nishikigoi in Japan (literally meaning "brocaded carp"). In Japanese, koi is a homophone for another word that means "affection" or "love"; koi are therefore symbols of love and friendship in Japan. Koi have been accidentally or deliberately released into the wild in every continent except Antarctica. They quickly revert to the natural coloration of common carp within a few generations. In many areas, they are considered an invasive species and pests. They greatly increase the turbidity of the water because they are constantly stirring up the substrate. This makes waterways unattractive, reduces the abundance of aquatic plants, and can render the water unsuitable for swimming or drinking, even by livestock. In some countries, koi have caused so much damage to waterways that vast amounts of money and effort have been spent trying to eradicate them, largely unsuccessfully. In many areas of North America, koi are introduced into the man made "water hazards" and ponds on golf courses in order to keep water born insect larvae under control through predation. In Australia, they are noxious fish.

John! Thank you very much!