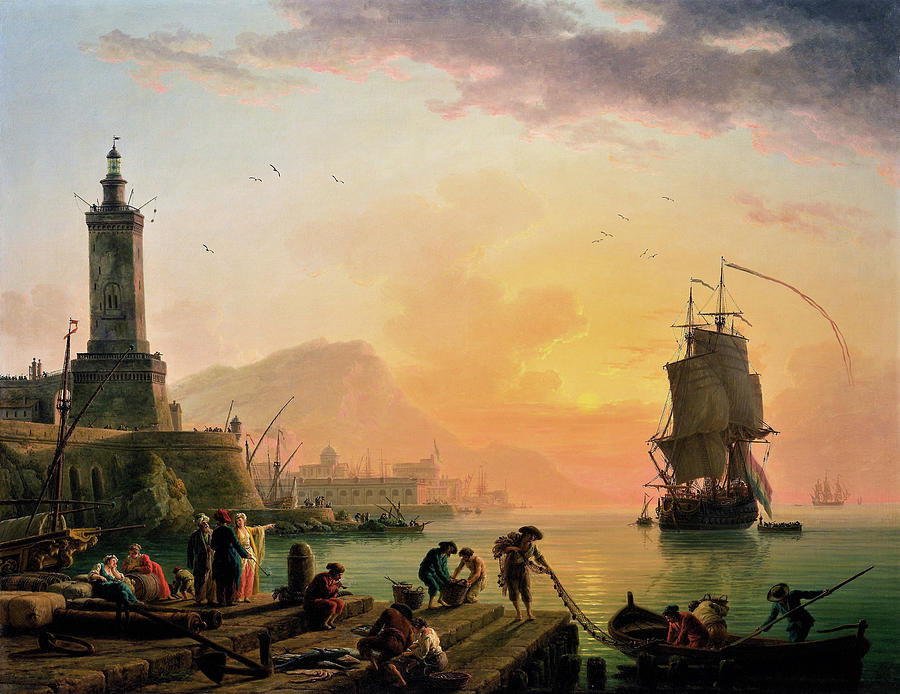 A Calm At A Mediterranean Port - Digital Remastered Edition is a painting by Claude Joseph Vernet which was uploaded on December 23rd, 2019.

A Calm At A Mediterranean Port - Digital Remastered Edition

A Calm At A Mediterranean Port - Digital Remastered Edition


【Claude Joseph Vernet】
(14 August 1714 – 3 December 1789) French painter. His son, Antoine Charles Horace Vernet, was also a painter. In 1757, he painted a series of four paintings titled Four Times of the Day depicting, not surprisingly, four times of the day. Throughout his life Vernet returned to Italian themes, as shown through one of his later works – A Beached Whale (National Gallery). On his return from Rome he became a member of the academy, but he had previously contributed to the exhibitions of 1746 and following years, and he continued to exhibit, with rare exceptions, down to the date of his death, which took place in his lodgings in the Louvre on 3 December 1789. Amongst the very numerous engravers of his works may be specially cited Le Bas, Cochin, Basan, Duret, Flipart and Le Veau in France, and in England Vivares.

Your work is amazing.

Great job. Love this piece. Congratulations on your sale!

I love it. Congrats!!

Amazing use of colors. Love this painting.

Your work is very beautiful!!

Gorgeous painting! Congratulations on your sale!

Love your use of color. Wonderful painting.