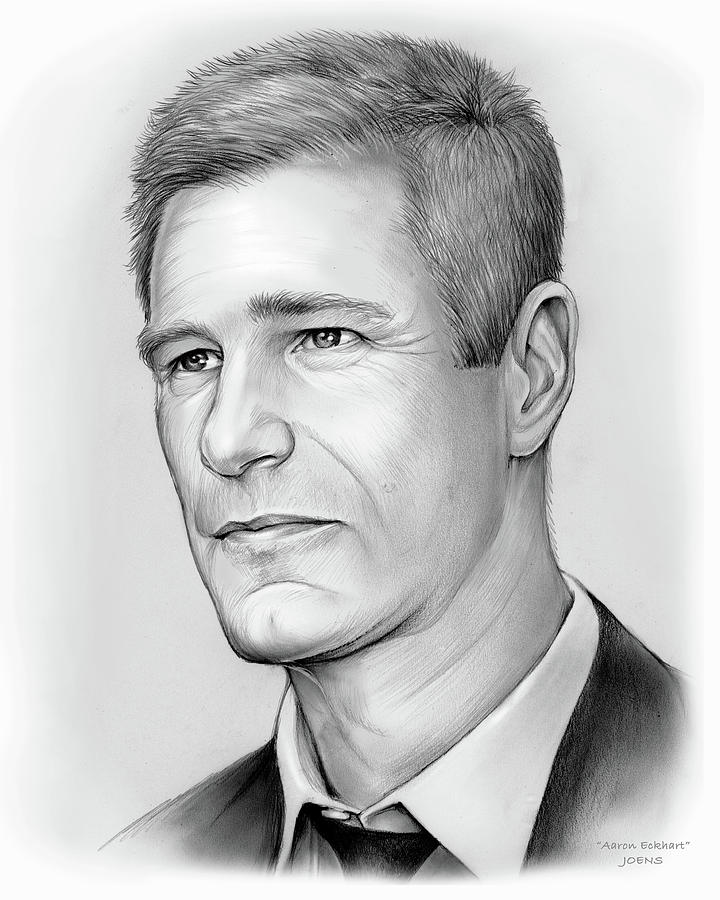 Aaron Eckhart is a drawing by Greg Joens which was uploaded on December 24th, 2016.

Aaron Edward Eckhart (born March 12, 1968) is an American film and stage actor. Born in California, he moved to the United Kingdom at the age of 13,... more

Aaron Edward Eckhart (born March 12, 1968) is an American film and stage actor. Born in California, he moved to the United Kingdom at the age of 13, when his father relocated the family. Several years later, he began his acting career by performing in school plays, before moving to Sydney, Australia for his high school senior year. He left high school without graduating, but earned a diploma through an adult education course, and graduated from Brigham Young University, Utah in 1994 with a Bachelor of Fine Arts degree in film. For much of the mid-1990s, he lived in New York City as a struggling, unemployed actor. As an undergraduate at Brigham Young, Eckhart met director and writer Neil LaBute, who cast him in several of his own original plays. Five years later Eckhart made a debut as an unctuous, sociopathic ladies' man in LaBute's black comedy film In the Company of Men (1997). Under LaBute's guidance he worked in the director's films Your Friends & Neighbors (1998), Nurse Betty (2000), and Possession (2002).

Eckhart gained wide recognition as George in Steven Soderbergh's critically acclaimed film Erin Brockovich (2000), and in 2006 received a Golden Globe nomination for Best Actor for his portrayal of Nick Naylor in Thank You for Smoking. Another mainstream breakout occurred in 2008 when he starred in the blockbuster Batman film The Dark Knight as District Attorney Harvey Dent. Other key roles include The Pledge (2001), The Core (2003), Rabbit Hole (2010) Battle: Los Angeles (2011), Olympus Has Fallen (2013), Olympus' sequel London Has Fallen (2016) and Sully (also 2016). Source: Wikipedia