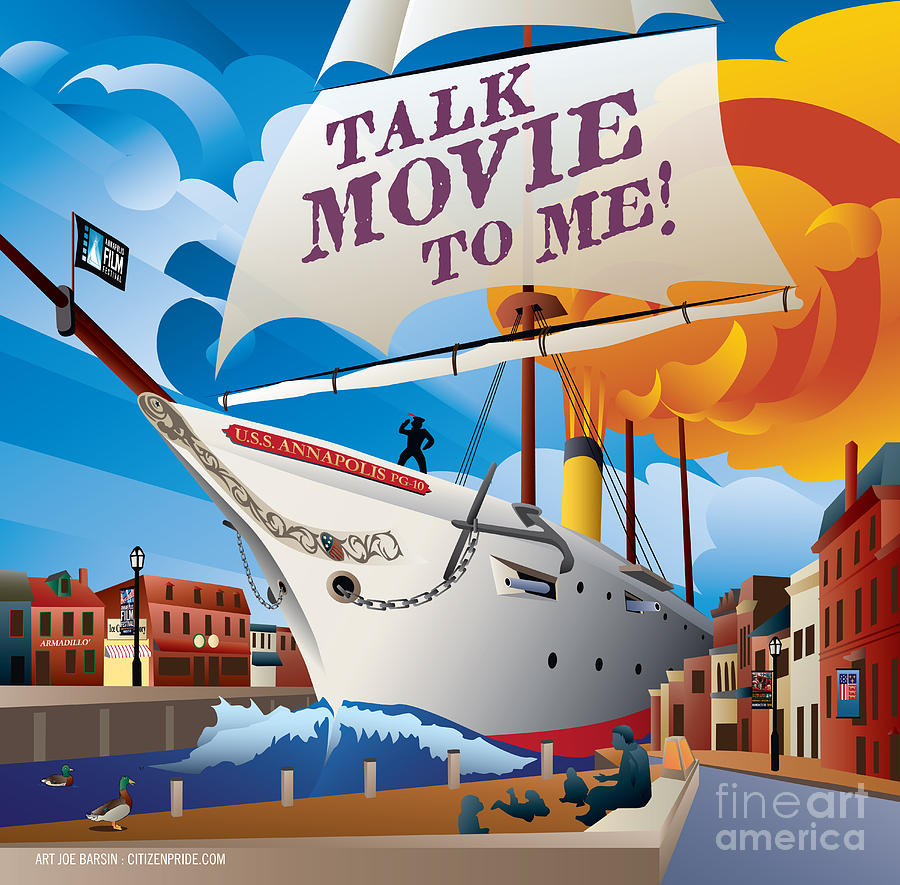 AFF_2015_Landmark_AD-fullpage-v2 is a piece of digital artwork by Joe Barsin which was uploaded on June 28th, 2015.

The poster for the 2015 Annapolis Film Festival. Illustrated by the FestivalŐs Art Director, Joe Barsin, it has a distinctive design... more

The poster for the 2015 Annapolis Film Festival. Illustrated by the FestivalŐs Art Director, Joe Barsin, it has a distinctive design style.

Says Festival Creative Director, Patti White: ŇJoe has come up with an entertaining and new view of our City and its relationship to the festival. He has incorporated our history, proximity to water, and our sense of fun that says a lot about who we are and where we come from. We have a sophisticated audience who also like old-fashioned fun and entertainment and we know they are going to love this new image.Ó

The featured Navy ship, based on the real U.S.S. Annapolis (PG-10/IX-1), is shown on Ego Alley at City Dock. Annapolis landmarks such as the Kunte Kinte-Alex Haley Memorial, and the ever-present ducks, will be recognized by locals.

Joe was inspired by the transformation currently being experienced by the film industry with a mix of mediums, venues and viewing devices. To illustrate this concept he has referenced a time in history when sailing ships were being replaced by steam power. Today, this is known as Steampunk. JoeŐs illustration work has been recognized in prestigious publications like Print magazine, AIGA Design Inductee and Adobe Illustrator Bible among others.