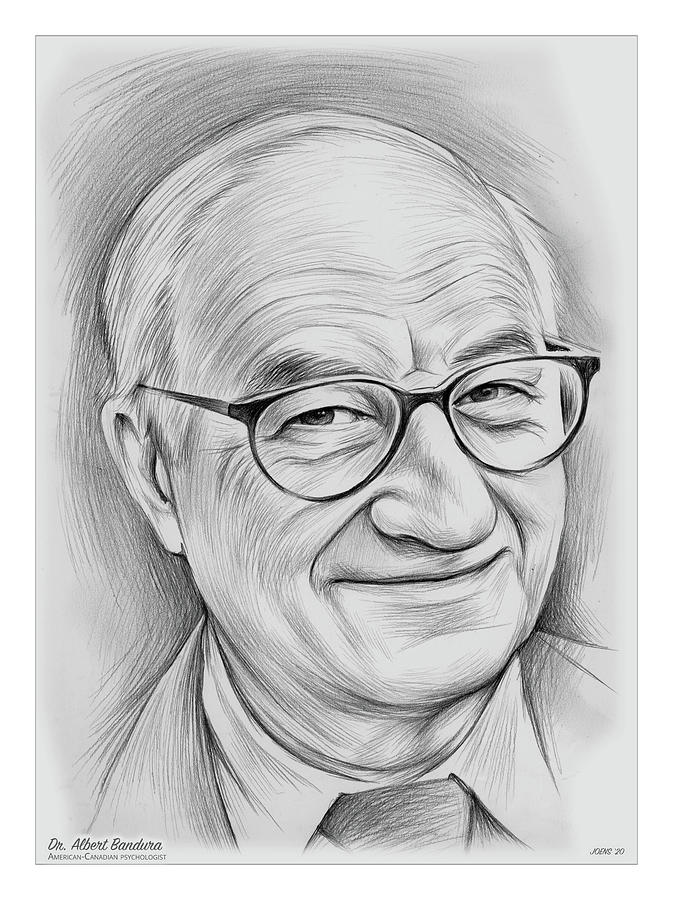 Albert Bandura - Pencil is a drawing by Greg Joens which was uploaded on December 1st, 2020.

Dr. Bandura is a Canadian-American psychologist who is the David Starr Jordan Professor Emeritus of Social Science in Psychology at Stanford University.

Bandura has been responsible for contributions to the field of education and to several fields of psychology, including social cognitive theory, therapy, and personality psychology, and was also of influence in the transition between behaviorism and cognitive psychology.

He is known as the originator of social learning theory (renamed the social cognitive theory) and the theoretical construct of self-efficacy, and is also responsible for the influential 1961 Bobo doll experiment. This Bobo doll experiment demonstrated the concept of observational learning.

A 2002 survey ranked Bandura as the fourth most-frequently cited psychologist of all time, behind B. F. Skinner, Sigmund Freud, and Jean Piaget, and as the most cited living one. Bandura is widely described as the greatest living psychologist, and as one of the most influential psychologists of all time.