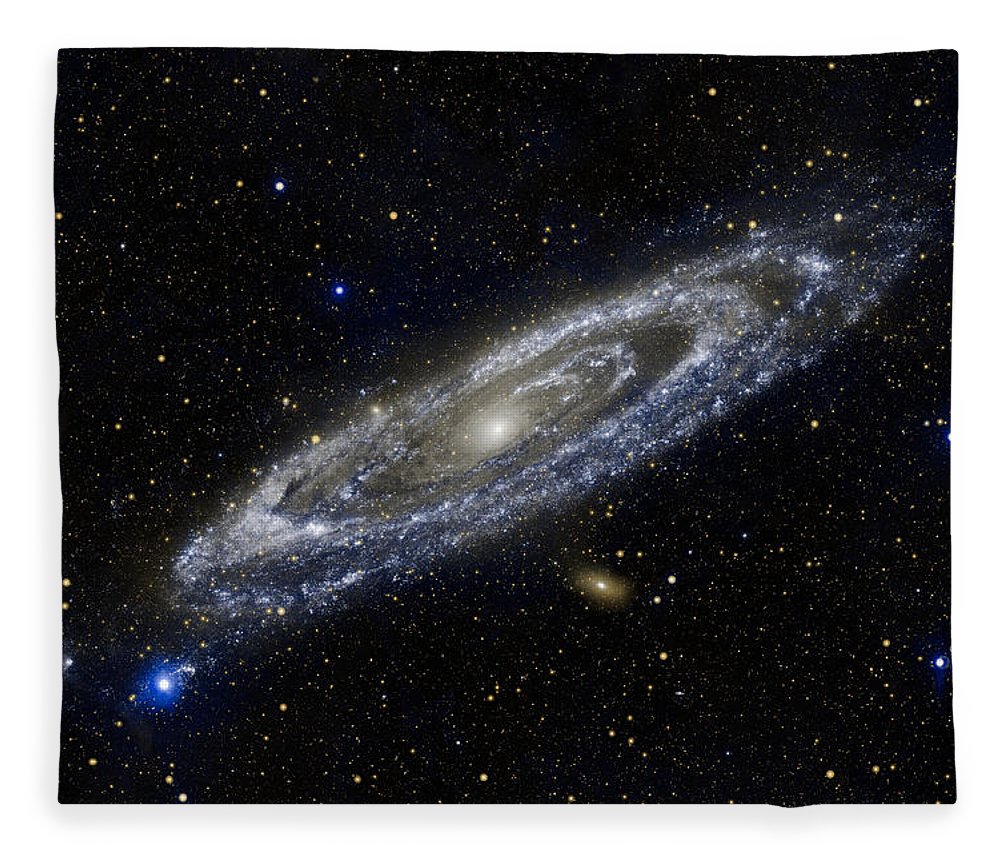 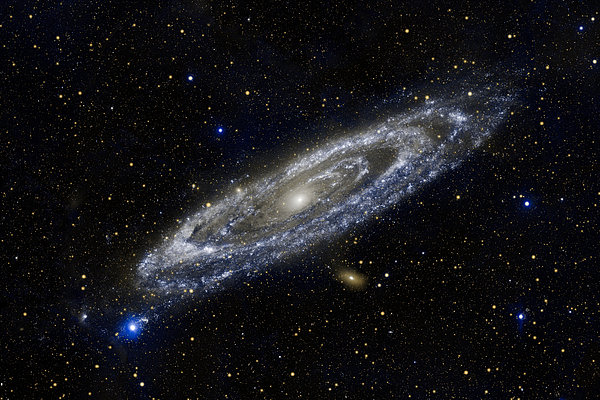 Our luxuriously soft blankets are available in two different sizes and feature incredible artwork on the top surface. The bottom surface is white. Our 100% polyester blankets are available in two different styles: plush fleece and sherpa fleece. Plush fleece blankets are soft and fluffy on both sides, whereas sherpa blankets are smooth like a soft sweater on the artwork side (i.e. shorter threads) which provides for a sharper image. Looking for a recommendation? Go with a 60" x 80" plush fleece blanket. It's soft and luxurious on both sides... the artwork looks incredible... and the size is just right for everyone.

At approximately 2.5 million light-years away, the Andromeda galaxy, or M31, is our Milky Way's largest galactic neighbor. The entire galaxy spans... more

Art provides an opportunity for kaleidoscopic thinking. Each time we shift the lens of our perceptions, we gain new perspectives — and new opportunities for innovation.💖❣️💖 CONGRATULATIONS ON YOUR RECENT SALE OF A WONDERFUL WORK!

Congratulations on your sale, Adam! Great photo of the Andromeda galaxy!

Art is unquestionably one of the purest and highest elements in human happiness. It trains the mind through the eye, and the eye through the mind. As the sun colours flowers, so does art colour life. -- Congratulations on your recent sale of this an amazing work!

Absolutely perfect! Exactly what I was looking for as a dust cover for the ACNC pinball machine.

This was a gift and they said they love it. It is so soft.

Great quality, very soft and the picture is amazing!

Look closely and you will see three bear cubs poking their heads out of the tree. The photo was so cute I had it made into a fleece blanket for a good friend. She actually came to tears when she saw the bears!! Wonderful job, you guys. I've had coffee cups made by you as well, of an old US one cent stamp featuring George Washington and my Great- great ect Grandfather, Gen. Nathaniel Greene

Looks phenomenal and the fleece is very soft. Nicely done!!

Love my new fleece throw. Picture is from the 1964 St. Louis Cardinals yearbook for my favorite Cardinals team from my youth. It's a great throw, very soft and perfect for colder Nebraska days. The colors are true to the original picture and exactly what I'd hoped for.

At approximately 2.5 million light-years away, the Andromeda galaxy, or M31, is our Milky Way's largest galactic neighbor. The entire galaxy spans 260,000 light-years across -- a distance so large, it took 11 different image segments stitched together to produce this view of the galaxy next door. The bands of blue-white making up the galaxy's striking rings are neighborhoods that harbor hot, young, massive stars. Dark blue-grey lanes of cooler dust show up starkly against these bright rings, tracing the regions where star formation is currently taking place in dense cloudy cocoons. Eventually, these dusty lanes will be blown away by strong stellar winds, as the forming stars ignite nuclear fusion in their cores. Meanwhile, the central orange-white ball reveals a congregation of cooler, old stars that formed long ago. Credit: NASA

https://3scape.com | Adam Romanowicz - Travel & Landscape Photographer Adam is an award-winning travel, landscape, and nature photographer with a penchant for adventure. Born and raised in Chicago, IL, Adam always had a fascination with the artistic and abstract world. Childhood days were spent drawing, building models, and daydreaming of adventures in far off lands. This daydreaming evolved into a passion for travel, outdoors, SCUBA diving, flying, and other exhilarating activities. These passions only reinforce Adam's love of photography, allowing him to show others the world through his eyes. Shooting the world since 1997, Adam strives to create a strong sense of place in his travel related fine art photographs. The idea is to...

All fleece blankets ship from our production facility within 1 - 2 business days of your order.