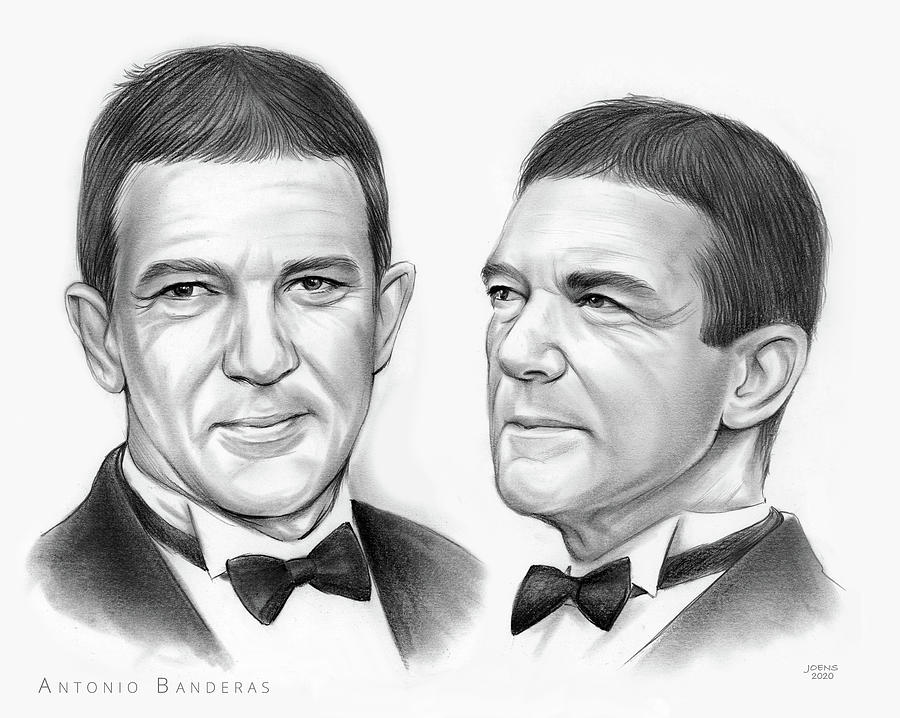 Antonio Banderas - Pencil is a drawing by Greg Joens which was uploaded on November 11th, 2020.

José Antonio Domínguez Bandera (born 10 August 1960), known professionally as Antonio Banderas, is a Spanish actor, film producer and director. He is the recipient of numerous accolades, including a Cannes Best Actor Award and nominations for a Tony Award, an Academy Award, two Primetime Emmy Awards and five Golden Globe Awards.

Banderas began his acting career with a series of films by director Pedro Almodóvar in the 1980s and then appeared in several Hollywood films, such as Philadelphia (1993), Interview with the Vampire (1994), Desperado (1995), Assassins (1995), Evita (1996), and The Mask of Zorro (1998). He also appeared in the Spy Kids series and provided the voice of Puss in Boots in the Shrek franchise as well as its spin-off film Puss in Boots.

In 2003, Banderas made his US theatre debut as Guido Contini in Nine, for which he was nominated for a Tony Award and won a Drama Desk Award. He received Primetime Emmy Award nominations for his roles in the television film And Starring Pancho Villa as Himself (2004) and the second season of Genius (2018); his portrayal of Pablo Picasso in the latter garnered him critical praise.