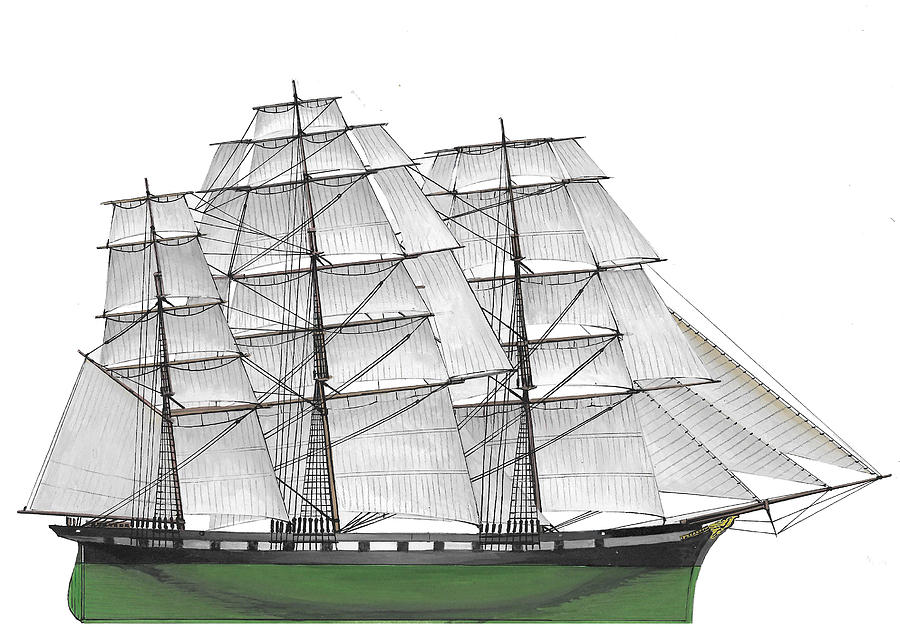 Ariel is a painting by The Collectioner which was uploaded on August 28th, 2017.

Clipper Ariel - Ariel was one of the first British composite clippers to be the only A-Clipper. It was built to serve London with Foochow in China at... more

Clipper Ariel - Ariel was one of the first British composite clippers to be the only A-Clipper. It was built to serve London with Foochow in China at the time when the tea trade gave rise to fierce regattas. It was commissioned by the Shaw, Lowther, Maxton & Co of London at the Robert Steele & co yards of Greenock. Its hull was composite, with steel pairs and a teak deck. Its sail was innovative with the addition of an additional sail (usually the square headlights were 5 stories).

It measured 197.4 feet between perpendiculars (hull alone), which was about 60.16 meters long by 10.33 meters wide and measured 853 tonnes net in the register, and more than 1060 gross. 100 tons of steel ballast was added in its hull, to perfect its stability and to compensate for its high mast height. In October 1865 he was launched for his first major crossing to China (Gravesend-Hong Kong) and returned, under the command of Captain Keay in 79 days and 21 hours from pilot to pilot, or 83 anchorage Which was in itself a fine feat, and the following year, in 1866, he took part in the great tea race with other famous clippers, the Tapping, the Fiery Cross, and the Taitsing. He was famous for his very short defeat against the Taeping, who arrived 20 minutes before him at the London docks.