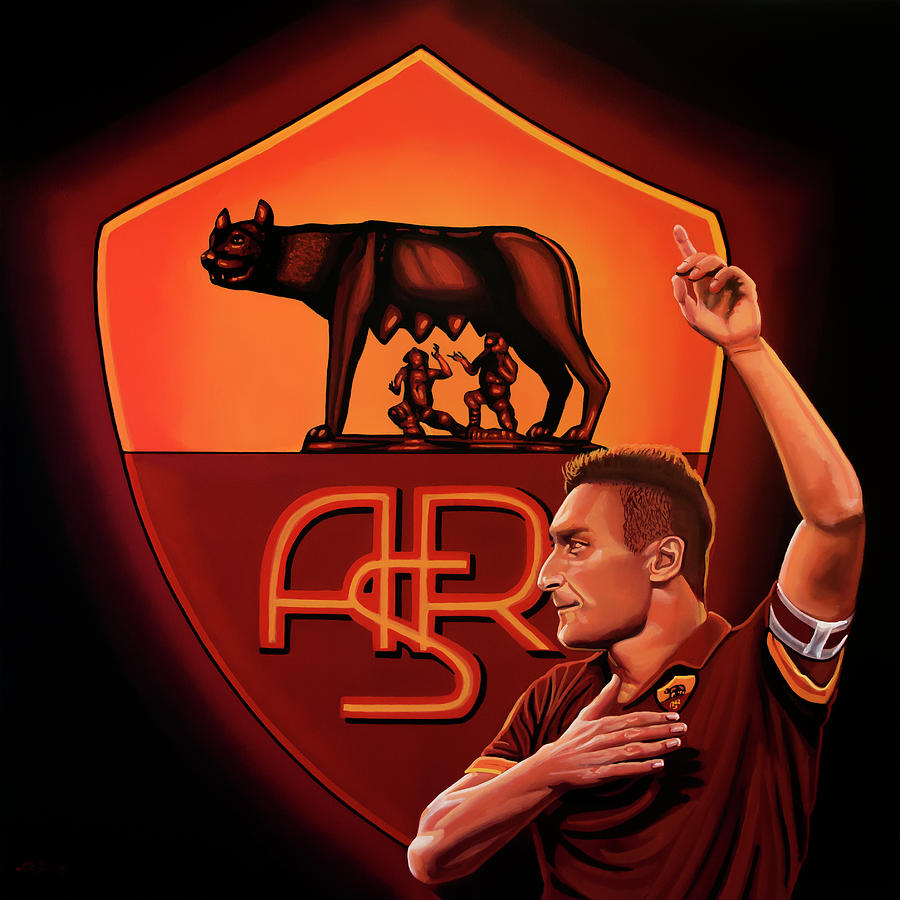 AS Roma Painting is a painting by Paul Meijering which was uploaded on May 26th, 2017.

Realistic acrylic painting of the Italian football player Francesco Totti at AS ROMA, painted by the Dutch fine artist Paul Meijering - the Original painting is 90 x 90 cm and for sale

Francesco Totti, (born 27 September 1976) is an Italian footballer who plays for and captains Serie A club Roma. His primary playing positions are those of an attacking midfielder or supporting forward, although he has also been successfully utilized as a lone striker, or even as a winger. Totti has spent his entire career at Roma; he is the top goalscorer and the most capped player in the club's history.

Associazione Sportiva Roma, commonly referred to as simply Roma, is a professional Italian football club based in Rome. Founded by a merger in 1927, Roma have participated in the top-tier of Italian football for all of their existence except for 1951-52.
Roma have won Serie A three times, in 1941-42, 1982-83 and 2000-01, as well as winning nine Coppa Italia titles and two Supercoppa Italiana titles. In UEFA competitions Roma won the Inter-Cities Fairs Cup in 1960–61, and were runners-up in the 1983-84 European Cup and the 1990-91 UEFA Cup.
Since 1953 Roma have played their home games at the Stadio Olimpico, a venue they share with city rivals Lazio. With a capacity of over 72,000, it is the second largest of its kind in Italy, with only the San Siro able to seat more. The club plan to move to a new stadium, though this is yet to start construction.
The club's home colours are Tyrian purple and gold, which gives Roma their nickname I Giallorossi (The Yellow and Reds). Their club badge features a she-wolf, an allusion to the founding myth of Rome.