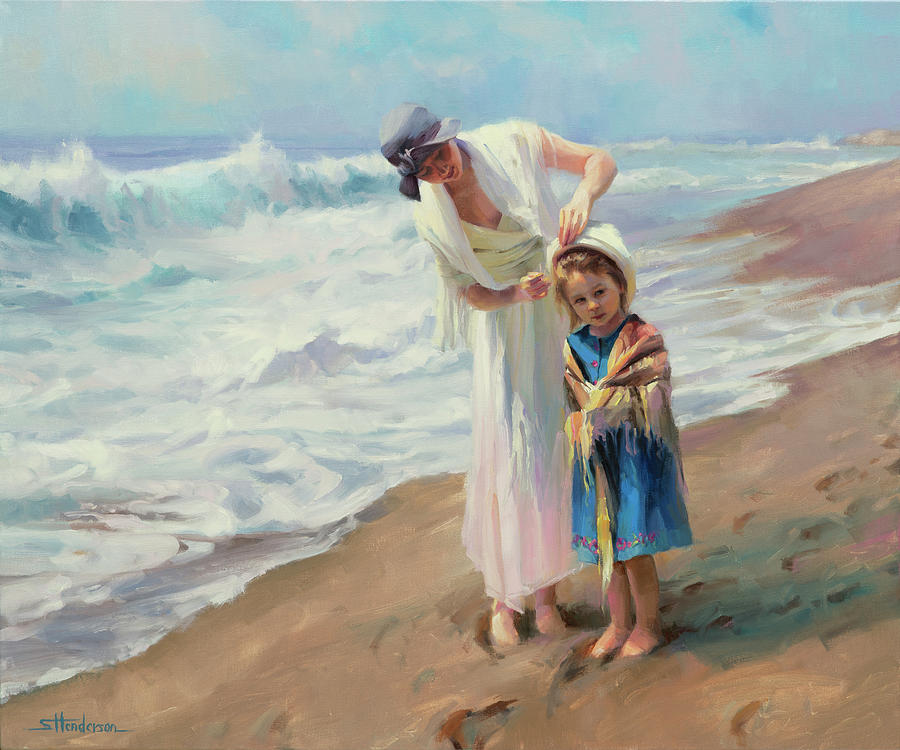 Beachside diversions is a painting by Steve Henderson which was uploaded on March 16th, 2017.

The love of a mother for her child is a truth that simply is.

The love of a mother for her child is a truth that simply is.

In other words, as a culture that extols science to the point of worshiping it, we have a tendency to discount the fantastic, miraculous nature of anything once we can count it, identify it, describe it, or classify it, as if putting elements into the cubbyhole we have created removes them of their mystery or awe.

“Oh, motherhood,” some people shrug. “All feelings are basically just chemical reactions – even love – so it’s not like they’re spiritual or extra special or anything.”

Such a boring world people like this inhabit, a world where nothing is awesome or mysterious, despite their claims that science is the pinnacle of all human thought.

In the artwork, Beachside Diversions, there is not only the mystical nature of motherhood, the deep and abiding love and sense of protection that a parent feels toward child, there is also the look of the child herself. While the mother busies herself over straightening the cap, the child looks in the distance, to a point behind the viewer, and seems to see something that we would say isn’t there.

“Fey” is the word that comes to mind – other worldly, something not easily explained, and all the more for being unable to be explained, it is real, it is definite, it is a truth that we know exists, but cannot put our fingers on.

Such is much of what truth is: it is much deeper than we are willing to look, and though parts of it can be identified and classified and named and described, truth goes far, far beyond the box that we humans put it in.

Steve, Congrats on you sale :L