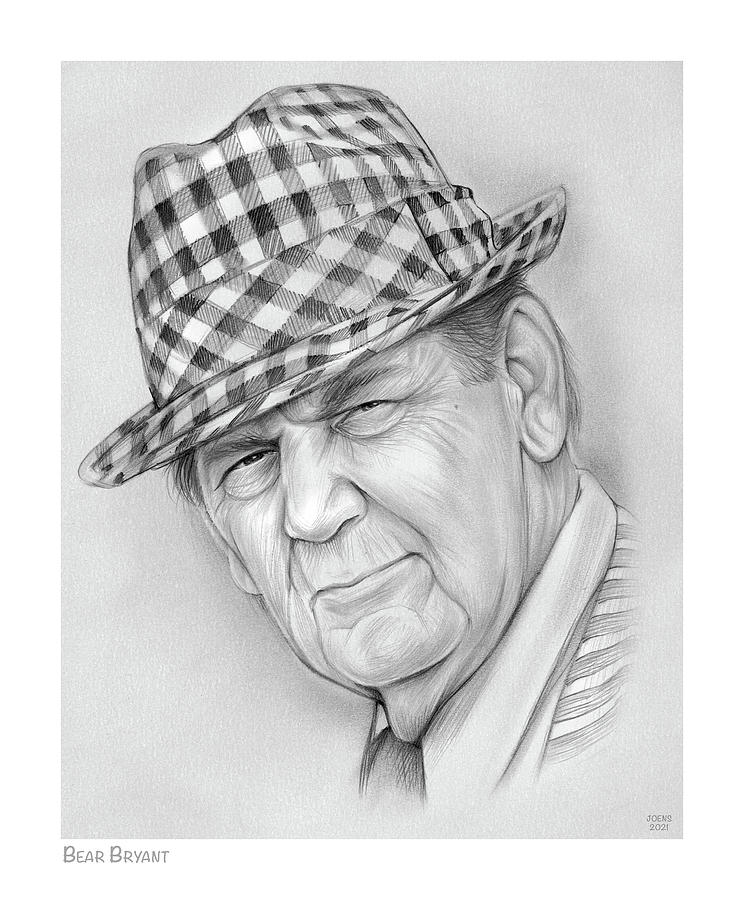 Bear Bryant - Pencil is a drawing by Greg Joens which was uploaded on September 11th, 2021.

Paul William "Bear" Bryant (September 11, 1913 – January 26, 1983) was an American college football player and coach. He is considered by many to be the greatest college football coach of all time, and he has been frequently compared to Nick Saban. He was best known as the head coach of the University of Alabama football team. During his 25-year tenure as Alabama's head coach, he amassed six national championships and thirteen conference championships. Upon his retirement in 1982, he held the record for the most wins (323) as a head coach in collegiate football history. The Paul W. Bryant Museum, Paul W. Bryant Hall, Paul W. Bryant Drive, and Bryant–Denny Stadium are all named in his honor at the University of Alabama. He was also known for his trademark black and white hat, deep voice, casually leaning up against the goal post during pre-game warmups, and holding his rolled-up game plan while on the sidelines. Before arriving at Alabama, Bryant was head football coach at the University of Maryland, the University of Kentucky, and Texas A&M University.