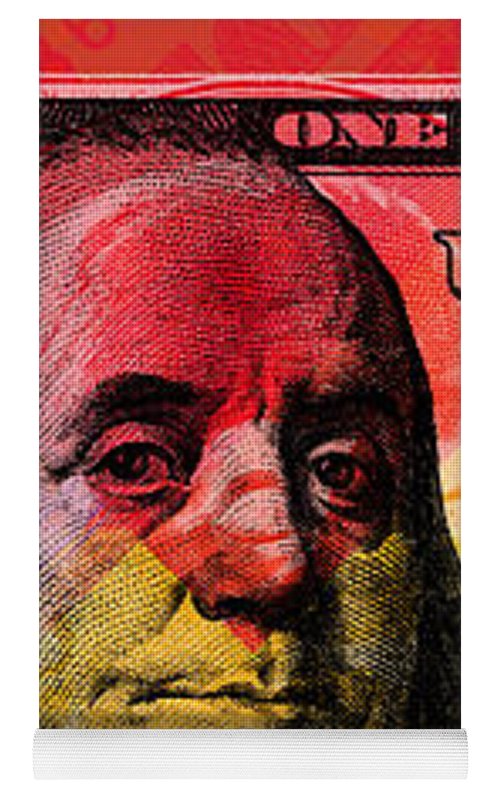 Was a gift for the Holidays, he says he likes it........ but I do not have any pics unfortunately.

The mat print itself is good looking. But only 2 stars because: The print fades easily when walked on (which is one of the possible uses of a mat clearly). Also, the product description is incorrect. it DOES NOT include a carrying bag or strap at all. it is ONLY the mat. Customer service was useless as well. After several attempts to find out if I could either get a strap, bag, etc as the product is advertised they only answered ... No, you cant, we don't have it. Thank you and ignored their own mistake.

I got this for my mom for Christmas - she teaches acrylic pouring classes at her art studio and turns her paintings into so many things. This is the one thing she has always talked about doing but never as - she LOVED it! Thank y'all so much for making it possible. :)

purchased this for my 16 y/o Friends-obsessed yogi daughter. She loves it. Great quality.

Extremely happy. Sorry no picture it was delivered to a friend

New $100 bill - Benjamin Franklin Pop Art Warhol style. The Series 2009 $100 bill redesign was unveiled on April 21, 2010, and was issued to the public on October 8, 2013. The United States one hundred-dollar bill ($100) is a denomination of United States currency. Statesman, inventor, diplomat, and American founding father Benjamin Franklin is featured on the obverse of the bill. On the reverse of the banknote is an image of Independence Hall. The $100 bill is the largest denomination that has been printed since July 13, 1969, when the denominations of $500, $1,000, $5,000, and $10,000 were retired. The Bureau of Engraving and Printing says the average life of a $100 bill in circulation is 90 months (7.5 years) before it is replaced due to wear and tear. Custom work available upon request.

JL Comperat graduated as an architect from "L'Ecole Nationale Superieure des Beaux Arts de Paris", France. He lives in New York City, where his art glass studio is located, and spend his spare time recording the cultural icons of our time in a Pop Art style. Some of his colorful prints have been featured on the Rachael Ray Show, in People Magazine, Psychology Today, on the cover of "Babel" and many other publications and blogs. Custom work available upon request Thanks The FAA ' Watermarks' will NOT appear on your print. They are for Internet display purposes only.