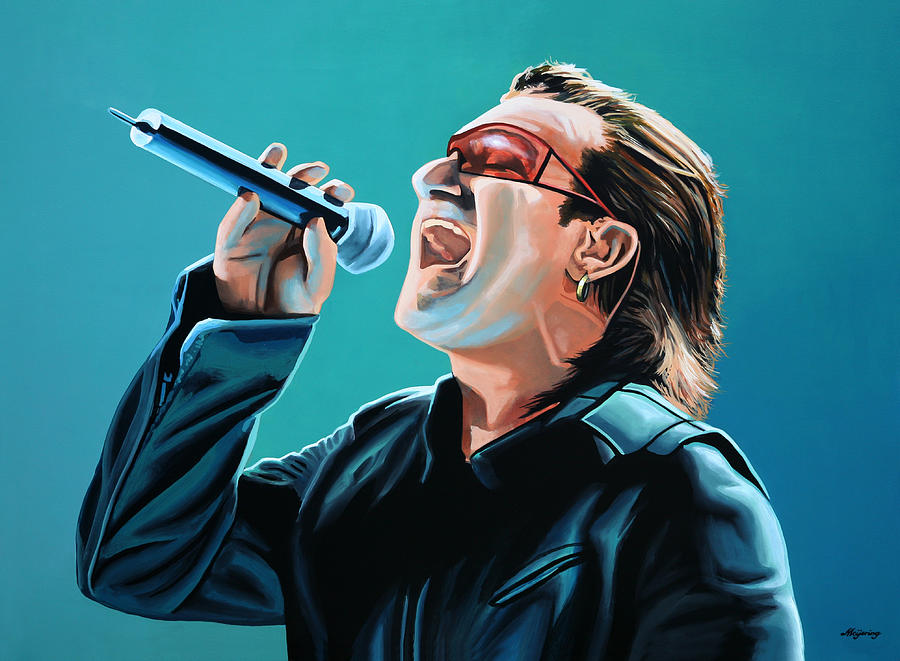 Bono of U2 Painting is a painting by Paul Meijering which was uploaded on April 16th, 2012.

Bono of U2 Painting

Realistic acrylic painting of the lead singer of U2, Bono - painted by the dutch fine artist Paul Meijering - the Original painting is 90 x 120 cm... more

Bono of U2 Painting

Realistic acrylic painting of the lead singer of U2, Bono - painted by the dutch fine artist Paul Meijering - the Original painting is 90 x 120 cm and for sale

Paul David Hewson (born 10 May 1960), known by his stage name Bono, is an Irish singer-songwriter, musician, venture capitalist, businessman, and philanthropist. He is best known as the lead vocalist of rock band U2. Bono was born and raised in Dublin, Ireland, and attended Mount Temple Comprehensive School where he met his future wife, Alison Stewart, and the future members of U2. Bono writes almost all U2 lyrics, frequently using religious, social, and political themes. During U2's early years, his lyrics contributed to their rebellious and spiritual tone. As the band matured, his lyrics became inspired more by personal experiences shared with the other members.

Thank you so much, John, for the support and the feature in your exciting group!!;-))

Bono is one of my favorite Artist, charming results.

Paul, Congrats!!! Your Talent is Featured on The Home Page of Weekly Fun!!!

Thank you so much, Chrisann, for the feature!;-))

Thank you so much, Rebecca, for the feature and compliments!;-))