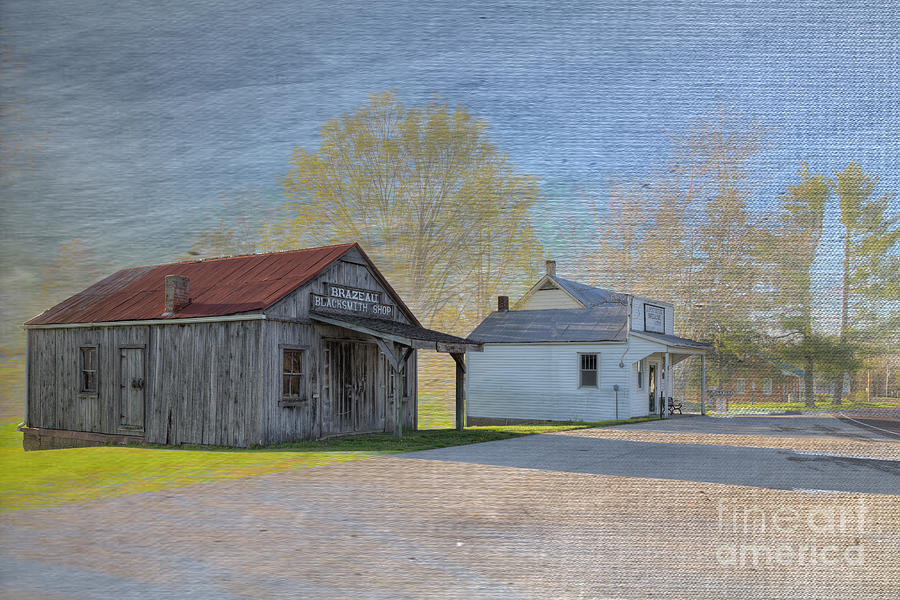 Brazeau Missouri is a piece of digital artwork by Larry Braun which was uploaded on May 23rd, 2018.

Some of the earliest Americans to put down roots in Perry County were English and Scots-Irish Presbyterian settlers from Rowan, Iredell, Cabarrus,... more

Some of the earliest Americans to put down roots in Perry County were English and Scots-Irish Presbyterian settlers from Rowan, Iredell, Cabarrus, and Mecklenburg counties in North Carolina, and they settled Brazeau in 1817. There, they opened land in the Brazeau Creek drainage basin. In 1804, Brazeau was estimated to have had 88 inhabitants. Brazeau's original log Presbyterian Church, The Evangelical Presbyterian Church of Brazeau, was established on September 2, 1819. After a fire destroyed the log church in 1832, a new frame church was built in 1833 to replace the lost structure. The brick church, which is currently still in use, was built in 1854. An academy was established in the same year until public schools became prevalent in the 1880s. The people of Brazeau were said to have helped the Saxon-Lutheran immigrants from Germany during their first hard winter of 1839, who otherwise may have starved. The Brazeau Post Office operated from 1879 until its closing in 2011. The small town once boasted a general store, a bank, and a John-Deer dealership


My capture of Brazeau looks like it might have 100 years ago. A blacksmith shop and what is now a museum could have been a store or maybe a barber shop. Gone are the people that once roamed these streets, horses tied up to the post, The clang of the blacksmith hard at work creating metallic items for the villagers. If this is what you feel when you look at this image than I have succeeded in transferring my feeling of the past to the present.