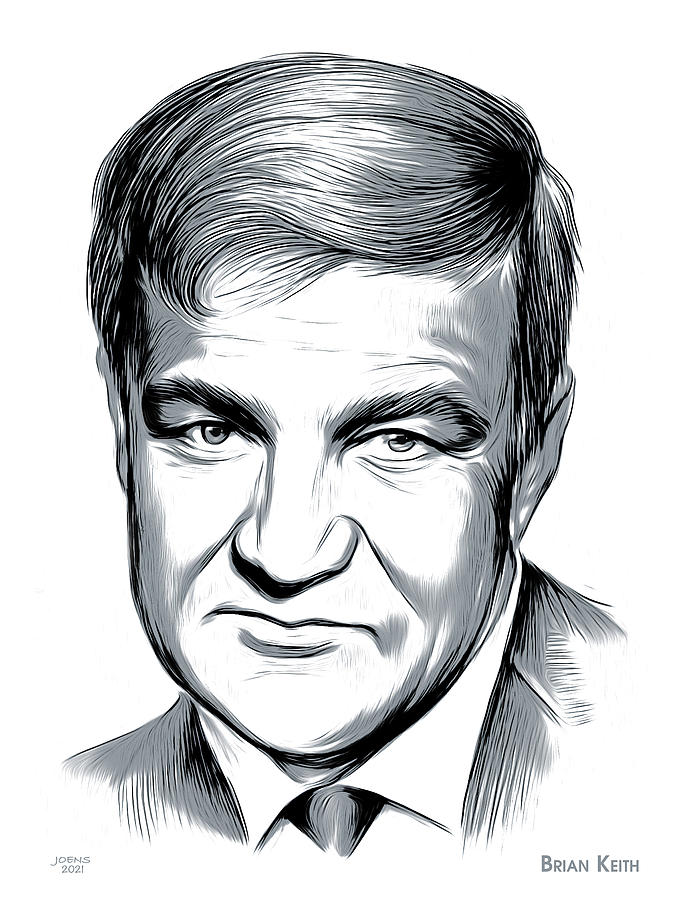 Brian Keith - line art is a drawing by Greg Joens which was uploaded on February 19th, 2021.

Brian Keith (born Robert Alba Keith, November 14, 1921 – June 24, 1997) was an American film, television and stage actor who in his six-decade-long career gained recognition for his work in movies such as the Disney family film The Parent Trap (1961), Johnny Shiloh (1963), the comedy The Russians Are Coming, the Russians Are Coming (1966), and the adventure saga The Wind and the Lion (1975), in which he portrayed President Theodore Roosevelt.

On television two of his best-known roles were those of bachelor-uncle-turned-reluctant-parent Bill Davis in the 1960s sitcom Family Affair, and a tough retired judge in the 1980s lighthearted crime drama Hardcastle and McCormick. He also starred in The Brian Keith Show, which aired on NBC from 1972 to 1974, where he portrayed a pediatrician who operated a free clinic on Oahu, and in the CBS comedy series Heartland.