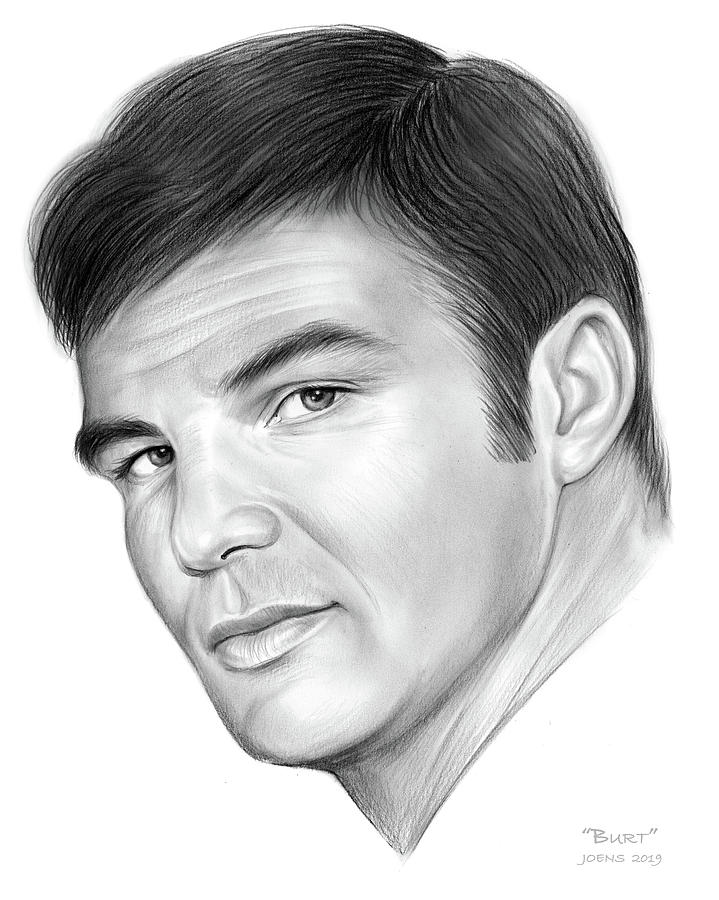 Burt is a drawing by Greg Joens which was uploaded on September 16th, 2019.

Reynolds was voted the world's number one box office star for five consecutive years (from 1978 to 1982) in the annual Top Ten Money Making Stars Poll, a record he shares with Bing Crosby. After a number of box office failures, Reynolds returned to television, starring in the sitcom Evening Shade (1990–1994). He was nominated for the Academy Award for Best Supporting Actor for his performance in Boogie Nights (1997).