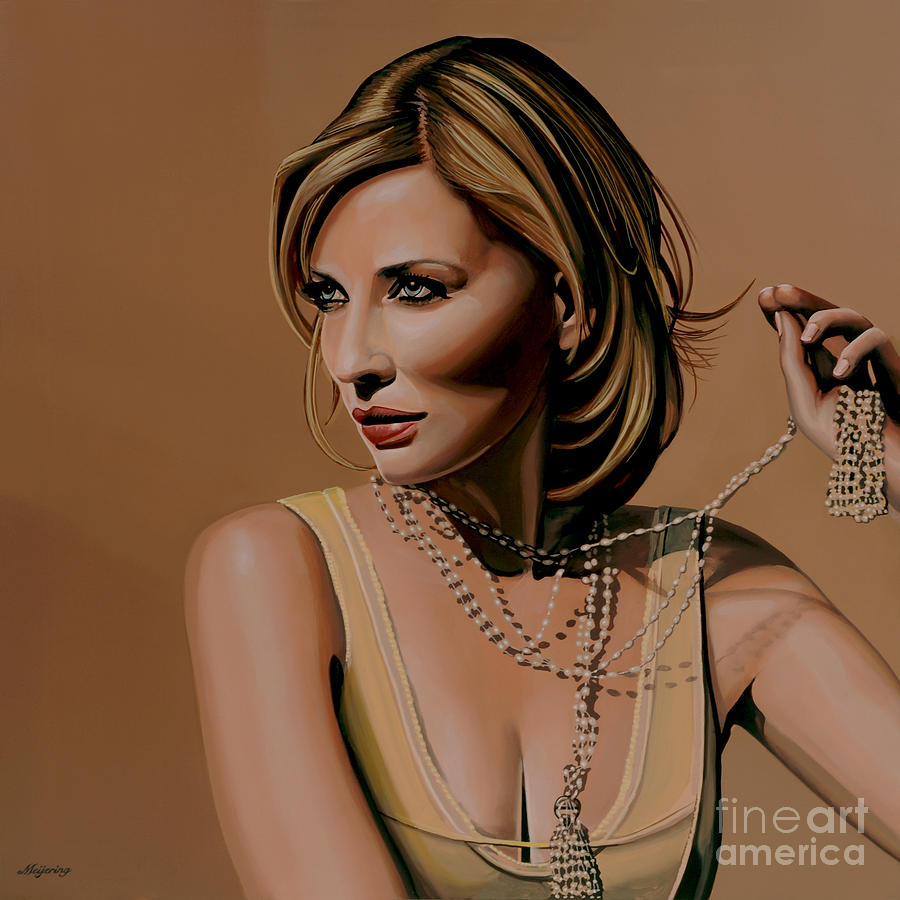 Cate Blanchett painting is a painting by Paul Meijering which was uploaded on April 21st, 2013.

Blanchett is one of only six actors, and the only actress, to receive Academy Award nominations for portraying the same role in two films, accomplished in her case by portraying Queen Elizabeth I. She is additionally the only Australian to win two acting Oscars. A seven-time Oscar nominee, she has also received nominations for Notes on a Scandal (2006), Elizabeth: The Golden Age (2007), I'm Not There (2007) and Carol (2015). Her other notable films include The Talented Mr. Ripley (1999), Babel (2006), The Curious Case of Benjamin Button (2008), How to Train Your Dragon 2 (2014), and Cinderella (2015).

Congratulations, your art is featured on the homepage of "Created by My Hands"

One of your peers nominated this image in the 1000 views Groups nominated images by your fellow artist in the Special Features #6 promotion discussion. Please visit and pass on the love to another artist.

So fantastic!! Could you PULEEEEZE do a portrait of me!!?? Shadows, contours, lines all fierce!~ L/F/ Nominated in the Special Features Discussion Thread #6 1000 views group!! :-)

Aaaah!;-) Thank you so very much, Sourav, for your compliment and kind words!!;-))

Congratulations on being featured in the Fine Art America Group "Awesome art!"

Thank you so very much, Chad, for your compliment, support and the feature in your fatastic group!!;-))

So fierce, so beautiful!

Thanks so much, Majula, for your compliment!!;-))

Getting to behold such splendid images as this is my quest in browsing the FAA galleries. Fabulous work as always, Paul! L & F