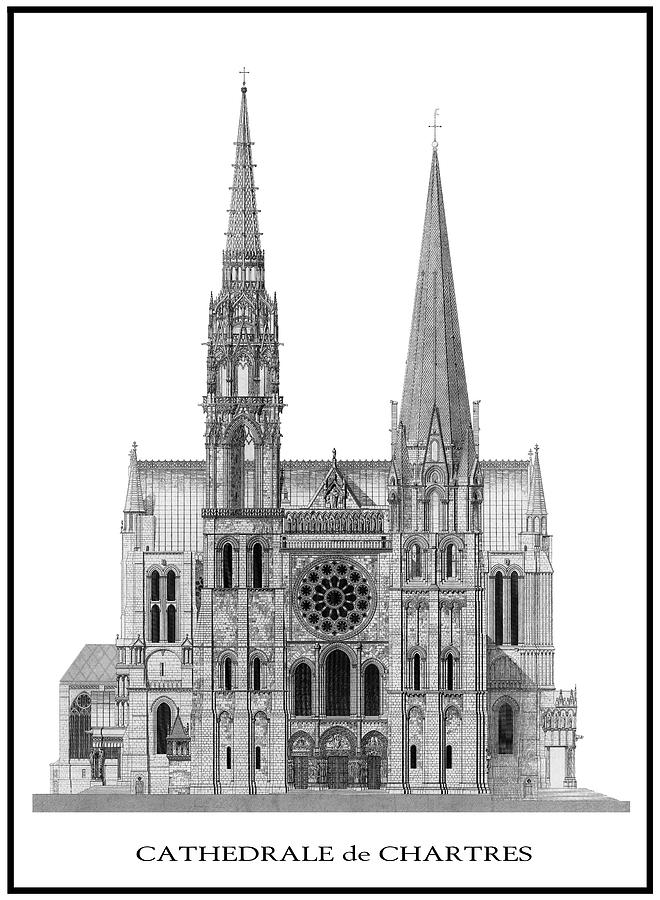 Chartres Cathedral is a piece of digital artwork by Daniel Hagerman which was uploaded on March 23rd, 2014.

It is considered one of the finest examples of French Gothic architecture and is a UNESCO World Heritage Site. The current cathedral, mostly constructed between 1194 and 1250, is the last of at least five which have occupied the site since the town became a bishopric in the 4th century.

The cathedral is in an exceptional state of preservation. The majority of the original stained glass windows survive intact, while the architecture has seen only minor changes since the early 13th century.

The building's exterior is dominated by heavy flying buttresses which allowed the architects to increase the window size significantly, while the west end is dominated by two contrasting spires, a 105-metre (349 ft) plain pyramid completed around 1160 and a 113-metre (377 ft) early 16th-century Flamboyant spire on top of an older tower.

Equally notable are the three great facades, each adorned with hundreds of sculpted figures illustrating key theological themes and narratives.

Since at least the 12th century the cathedral has been an important destination for travellers and remains so to this day, attracting large numbers of Christian pilgrims, many of whom come to venerate its famous relic, the Sancta Camisa, said to be the tunic worn by the Virgin Mary at Christ's birth, as well as large numbers of secular tourists who come to admire the cathedral's architecture and historical merit.

Lovely! Congrats on your sale!