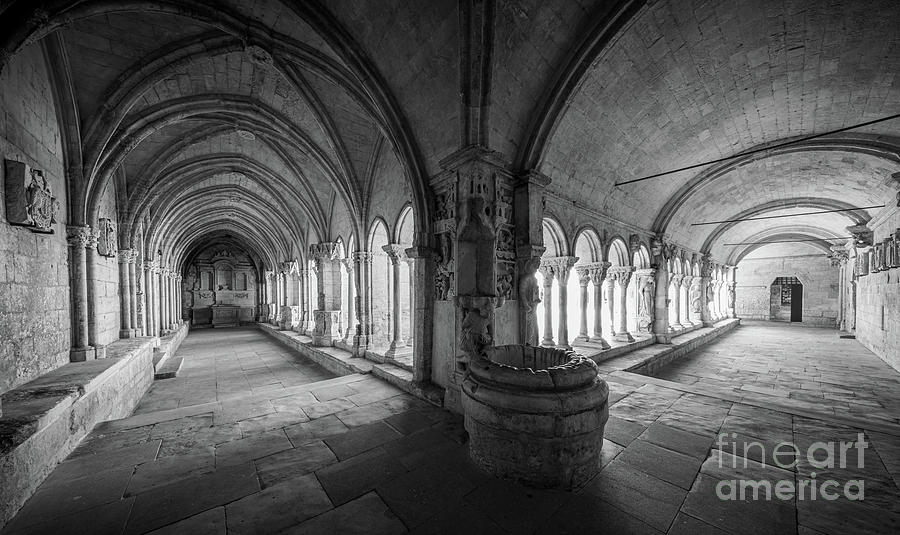 Cloitre Saint-trophime Panorama is a photograph by Inge Johnsson which was uploaded on September 29th, 2019.

Cloître Saint-Trophime was constructed in the second half of the 12th century and the first half of the 13th century for the use of the Canons, the... more

Cloître Saint-Trophime was constructed in the second half of the 12th century and the first half of the 13th century for the use of the Canons, the priests who attended the bishop and managed the church property. Under a reform instituted by Pope Gregory, the Canons were required to live like monks, with a common dormitory, refectory and cloister within the cathedral enclosure, separated by a wall from the city.

The refectory, or dining hall, was built first, next to the church, along with a chapter house, or meeting room, for the canons. The dormitory for the canons, a large vaulted room on the east side of the cloister, was built next. Work on the cloister began with the northern gallery, then the eastern gallery, which were finished around 1210-1220. Then work suddenly stopped.

Soon after the construction of the east and west galleries, the city began to decline. The Counts of Provence moved from Arles to Aix, the center of church authority moved to the papal palace in Avignon, and in 1251 Charles of Anjou suppressed the movement of the leaders of Arles for more independence. In 1348, The Black Death drastically reduced the population of all of Provence.

The southern and western galleries of the cloister were not built until the 1380s and 1390s, and they were built in a different style, the Gothic style favored by the Popes in Avignon, with cross-ribbed vaults.

In 1355, the canons gave up living in the dormitory, and moved to houses within the cathedral close. The dormitory, refectory and chapter house were turned into granaries and storehouses.