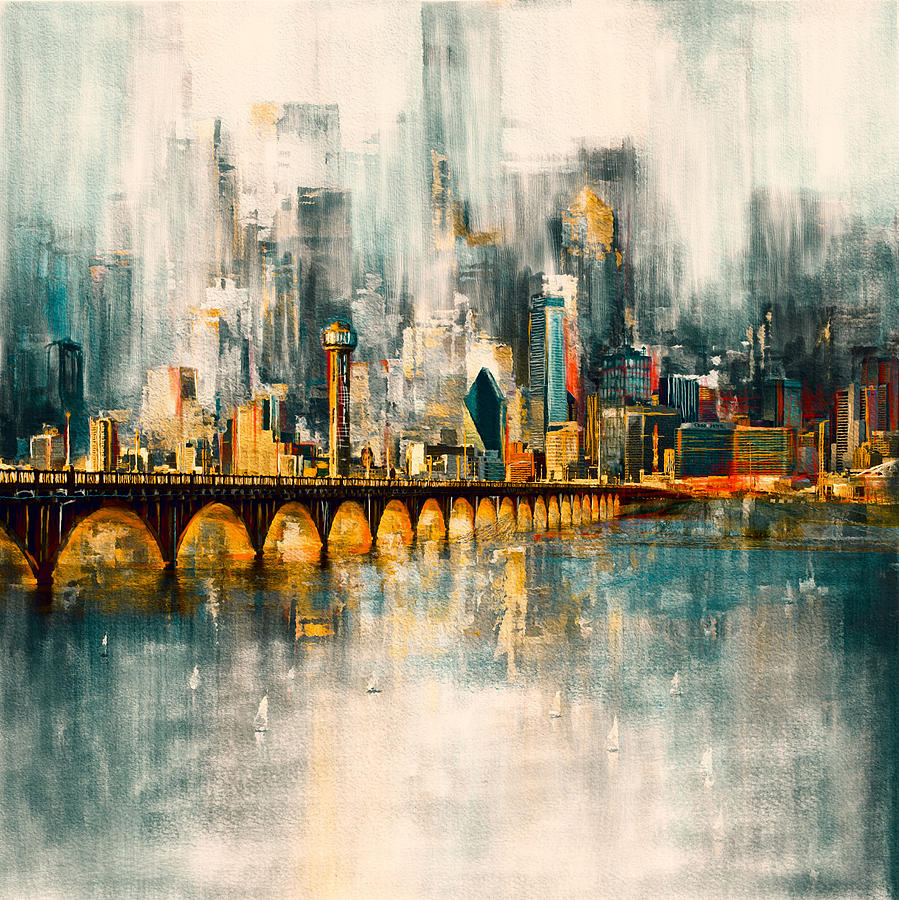 Dallas Skyline 217 3 is a painting by Mawra Tahreem which was uploaded on December 27th, 2015.

Painting medium is oil paints and this painting portray the sun set view of Dallas skyline. Painting style is impressionist and color palette inspired from real skylines. Painting with sunset color palette is original and others are digital options. Dallas, the 3rd-most populous city in the U.S. state of Texas, is home to 262 high-rises, 28 of which stand taller than 400 feet (122 m). The tallest building in the city is the 72-story Bank of America Plaza. The history of skyscrapers in Dallas began with the construction of the Praetorian Building in 1909, which is often regarded as the first skyscraper in the city, the Southwestern United States and sometimes the entire Western United States. From the completion of the Cityplace Center in 1988 until the construction of W Dallas Victory Hotel & Residences in 2006, the city was the site of no major skyscraper construction projects; since the mid-2000s, however, the city has seen several prominent proposals for new high-rise developments.One such proposal was the Victory Tower, which, at 650 feet (198 m), would have stood as the tallest building in the new Victory Park neighborhood and housed a new Mandarin Oriental hotel; the project was ultimately canceled.The 560-foot (170 m) Museum Tower is the most recently completed high-rise in the city. Completed in 2012, the building is located in Dallas' Arts District and now stands as the second-tallest all-residential skyscraper in the city, behind Republic Center Tower I.Overall, as of February 2013, there were 26 high-rise buildings under construction or proposed for construction in Dallas.