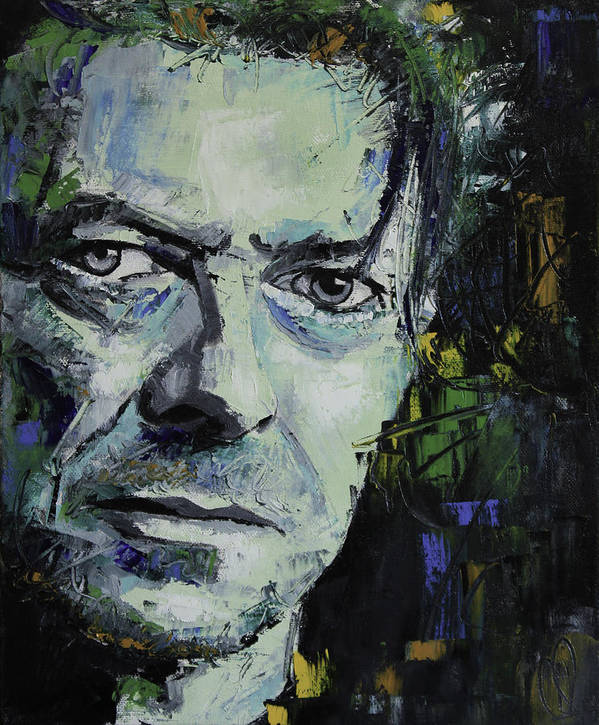 David Bowie art print by Richard Day.   Our art prints are produced on acid-free papers using archival inks to guarantee that they last a lifetime without fading or loss of color. All art prints include a 1" white border around the image to allow for future framing and matting, if desired.

Congratulations on your new sale and Happy Holidays Richard

I love your use of color and expression in your paintings!

Thanks Ruth- really appreciate it!

Pixels is one of the largest, most-respected giclee printing companies in the world with over 40 years of experience producing museum-quality prints.   All of our art prints are produced on state-of-the-art, professional-grade Epson printers.

Very happy with my purchase. Good quality print. Couldn’t be happier with how they turned out.

Very happy with my purchase. Good quality print. Couldn’t be happier with how they turned out.

Very happy with my purchase. Good quality print. Bought to switch out with some black and white prints in existing frames. Couldn’t be happier with how they turned out.

Absolutely love Dori Hartley! She is an incredible artist beyond words!

Absolutely thrilled with this print!!!

Absolutely love this picture .. quality is excellent! Shipping was speedy and I would definitely purchase from this company again!

Palette knife portrait of the late, great David Bowie, original painting available directly from my Etsy Store:https://www.etsy.com/uk/shop/RichardDayStudioDavid Robert Jones, known as David Bowie was an English singer, songwriter, actor and record producer. He was a figure in popular music for over five decades, regarded by critics and musicians as an innovator, particularly for his work in the 1970s. His career was marked by reinvention and visual presentation, his music and stagecraft significantly influencing popular music. During his lifetime, his record sales, estimated at 140 million worldwide, made him one of the world's best-selling music artists. In the UK, he was awarded nine platinum album certifications, eleven gold and eight silver, releasing eleven number-one albums. In the US, he received five platinum and seven gold certifications. He was inducted into the Rock and Roll Hall of Fame in 1996.

Welcome to my Gallery. I am an artist based in Norwich, UK. My work is a mixture of my passion for music, portraiture and graffiti art. My original paintings are available directly via my Etsy Store: https://www.etsy.com/uk/shop/RichardDayStudio Or get in touch via Email: richarddayart@gmail.com

All art prints ship from our production facility within 3 - 4 business days of your order.