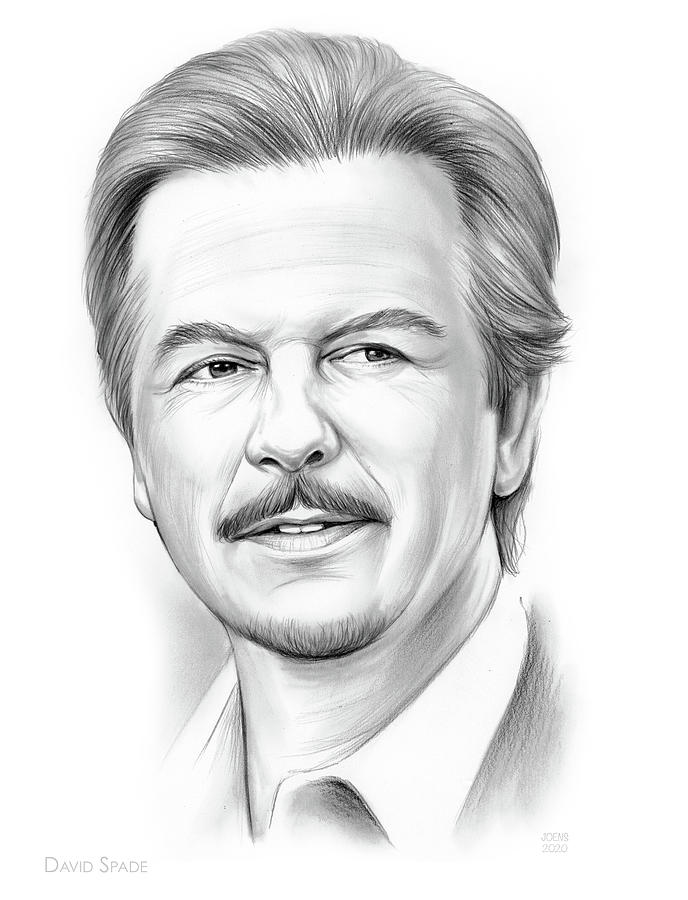 David Spade is a drawing by Greg Joens which was uploaded on July 22nd, 2020.

He has been part of an ensemble cast of two long-running sitcoms: Just Shoot Me! (1997–2003) and Rules of Engagement (2007–2013). Additionally, he starred as C. J. Barnes in the sitcom 8 Simple Rules (2004–2005). For his role in Just Shoot Me!, he was nominated for a Primetime Emmy Award and two Golden Globes. In animation, he voiced Ranger Frank in The Rugrats Movie (1998), Kuzco in The Emperor's New Groove (2000) and its direct-to-video sequel, Kronk's New Groove (2005), the red panda Aliur in Snowflake, the White Gorilla (2013) and Griffin the Invisible Man in the Hotel Transylvania film series (2012–2018). Spade hosted a late-night talk show Lights Out with David Spade, which premiered on July 29, 2019. Spade's comedic style, in both his stand-up material and acting roles, relies heavily on sarcasm and self-deprecation.

I love this guy & also your great image of him!