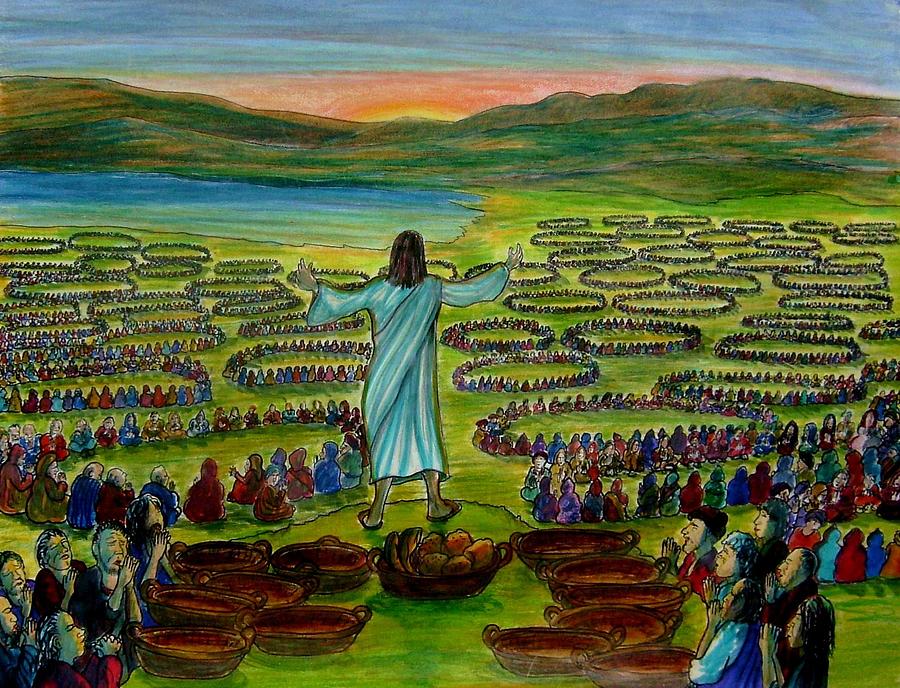 Dear Heavenly Father thankyou for the food... is a painting by Richard Hubal which was uploaded on June 30th, 2009.

After reading the 4 gospels, I still am perplex of the true miricle of the feeding the 5000++ with the 5 loaves and 2 fish. If we veiw it in a... more


After reading the 4 gospels, I still am perplex of the true miricle of the feeding the 5000++ with the 5 loaves and 2 fish. If we veiw it in a different perspective, and see the MASS of folks it's really surreal. This is part 1 titled “Our Heavenly Father, thank you for the food…”. The 2nd in the same context will be finished in a few weeks. One of the passages that relates with the work follows:

Scripture: Luke9:10-17
10 On their return the apostles told him what they had done. And he took them and withdrew apart to a city called Beth-sa'ida. 11 When the crowds learned it, they followed him; and he welcomed them and spoke to them of the kingdom of God, and cured those who had need of healing. 12 Now the day began to wear away; and the twelve came and said to him, "Send the crowd away, to go into the villages and country round about, to lodge and get provisions; for we are here in a lonely place." 13 But he said to them, "You give them something to eat." They said, "We have no more than five loaves and two fish -- unless we are to go and buy food for all these people." 14 For there were about five thousand men. And he said to his disciples, "Make them sit down in companies, about fifty each." 15 And they did so, and made them all sit down. 16 And taking the five loaves and the two fish he looked up to heaven, and blessed and broke them, and gave them to the disciples to set before the crowd. 17 And all ate and were satisfied. And they took up what was left over, twelve baskets of broken pieces.

Very intense and thoughtful! I love this piece!

Richard, you have a great talent...and have been blessed. Your artwork is so true to life and enjoyable to look at.