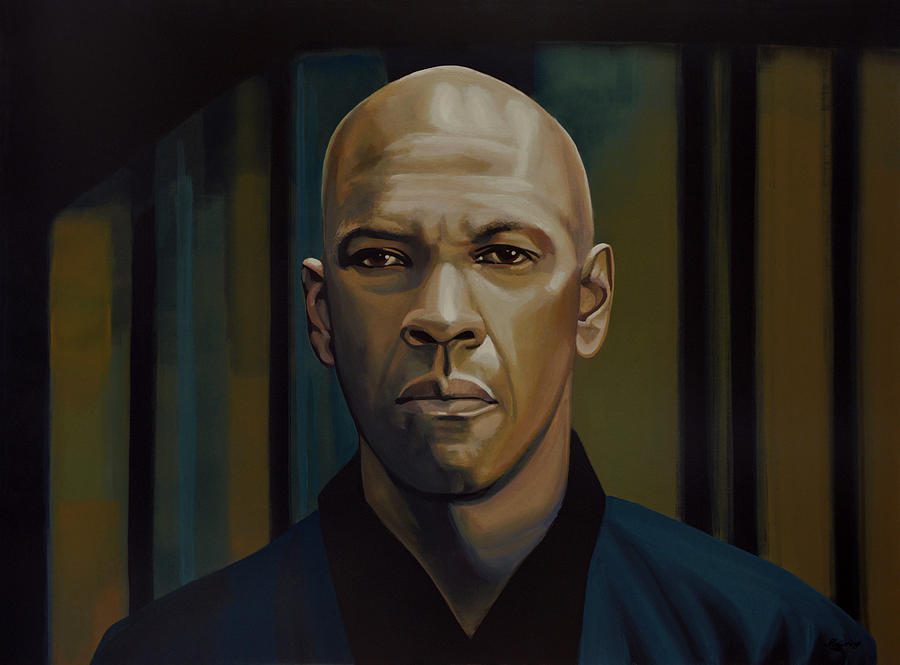 Denzel Washington In The Equalizer Painting is a painting by Paul Meijering which was uploaded on November 26th, 2014.

Denzel Washington In The Equalizer Painting

Realistic acrylic painting of the American actor Denzel Washington in The Equalizer - painted by the Dutch fine artist Paul Meijering - the Original... more

Denzel Washington In The Equalizer Painting

Denzel Hayes Washington, Jr. (born December 28, 1954) is an American actor and filmmaker. He has received two Golden Globe awards, a Tony Award, and two Academy Awards: Best Supporting Actor for the historical drama-war film Glory (1989) and Best Actor for his role as a corrupt cop in the crime thriller Training Day (2001).

Washington has received much critical acclaim for his film work since the 1990s, including his portrayals of real-life figures such as South African anti-apartheid activist Steve Biko in Cry Freedom (1987), Muslim minister and human rights activist Malcolm X in Malcolm X (1992), boxer Rubin "Hurricane" Carter in The Hurricane (1999), football coach Herman Boone in Remember the Titans (2000), poet and educator Melvin B. Tolson in The Great Debaters (2007), and drug kingpin Frank Lucas in American Gangster (2007). He has been a featured actor in the films produced by Jerry Bruckheimer and has been a frequent collaborator of directors Spike Lee and the late Tony Scott.

Congratulations, your art has been featured on the homepage of "Created by my Hands."

Thank you so very much, David, for the feature in your creative group!!;-))

Thank you so very much, Jacqueline, for your compliment and the feature in your wonderful group!!;-))

Thank you so much, John, for the feature in your exciting group!!;-)