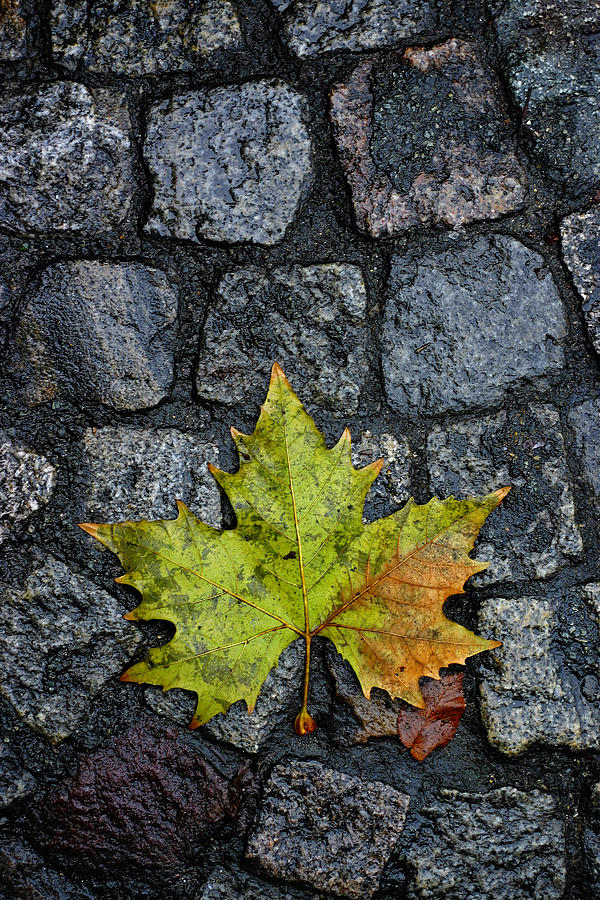 Deville is a photograph by Skip Hunt which was uploaded on February 7th, 2008.

A few years ago.... in November, I was in Paris. I couldn't really afford to do much more than sight-see and sip the occasional glass of cheap red... more

A few years ago.... in November, I was in Paris. I couldn't really afford to do much more than sight-see and sip the occasional glass of cheap red wine. I'd just finished snapping a few images of Notre Dame Cathedral's exterior and relaxed for a bit in the little garden behind the church whilst I smoked a cigarette. I noticed some alleyways and passages and just set out wandering without any particular direction. I made several turns and snapped a few detail shots along the way until I came out of an alley into a small plaza area with turnabout. I thought it was strange that I didn't see many people around since it was Paris and that I couldn't be all that far from all the touristy areas.

I shrugged it off and set out across the small plaza to see what might lay beyond the next corner when I spotted a very nice leaf with rich autumn color laying upon the dark-sooted and wet Parisian cobblestone. I thought, "that might make a pretty sweet photo just in it's simplicity... I think I'll grab a few photos of it."

The leaf was between two cars and I had to kind of wedge myself between the bumpers and lean way down to get a good closeup shot. I snapped a few until I got a couple I was satisfied with, and then stood back up.

At this moment, I was greeted by about 7 or 8 very angry and serious looking gentlemen in military uniforms, police uniforms, and 3 were in suits as if they might be body guards or secret service of some sort. All had their weapons drawn as one of the "suits" gripped my arm. Stunned, I asked "what's the problem monsieur?" The soldiers shouted back at me in French and after I said I didn't speak French, the main " suit" guy asked me in English what I was doing, while the other uniformed guys started inspecting the two vehicles. It was then I noticed that the cars I'd wedged myself between were VERY shiny black Mercedes like the kind they use in motorcades. I explained to the gentleman that I meant no harm and was merely snapping a photo. He looked down between the cars and didn't appear to believe me. I nervously exclaimed as I pointed down to the leaf, "Look! there... I was taking a photo of this leaf." He still didn't appear to believe me as they continued to search me and the bottom of the Mercedes. I said, " Look!, I can show you proof of what I was shooting on my camera's LCD screen...." He agreed and I turned the camera on and quickly went to the images in question. At first he looked dumbfounded and then his face relaxed and lit up a little. He complemented me on the images and said in a thick French accent that they were quite beautiful and wanted to look closer. He mentioned that he wouldn't have thought of taking such a photo himself, but that the contrast of the fallen leaf with the dark sooted cobblestone made a fine image indeed! I said, "Exactly! Oh la-la!" and thanked him for the nice compliments.

I then asked what the big problem was, and he said they were expecting the President of South Africa to arrive with President Chirac and that the area was supposed to be secure. They saw me crouching between two of the motorcade Mercedes and well... you can imagine.

I apologised for giving them a scare and was let go on my blissful way.