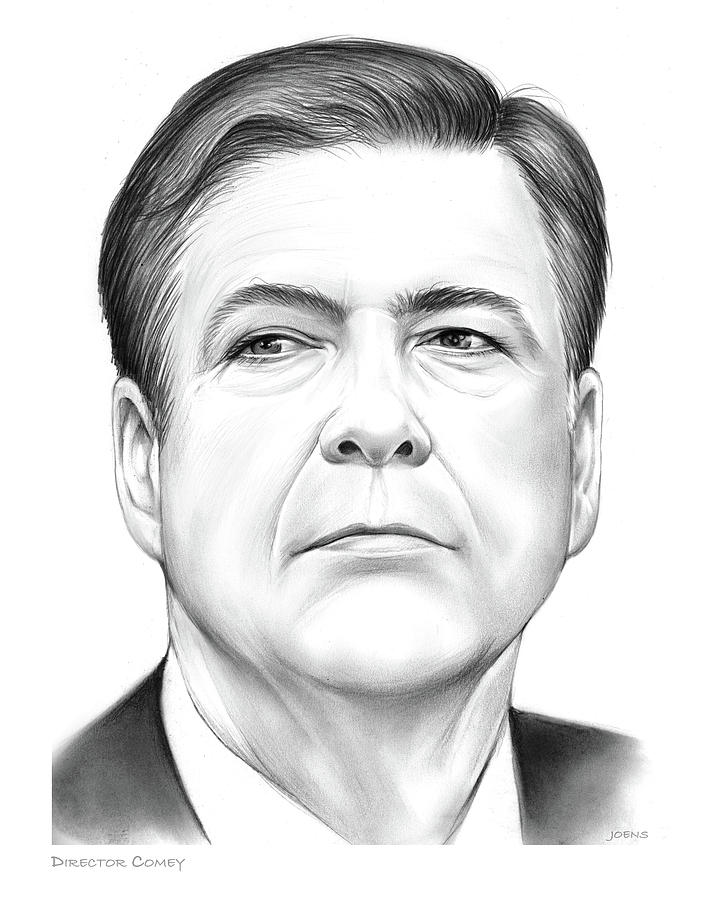 Director Comey is a drawing by Greg Joens which was uploaded on May 10th, 2017.

James Brien Jim Comey Jr. (born December 14, 1960) is an American lawyer who served as the seventh Director of the Federal Bureau of Investigation... more

James Brien "Jim" Comey Jr. (born December 14, 1960) is an American lawyer who served as the seventh Director of the Federal Bureau of Investigation (FBI) from September 2013 until May 2017.
Comey was the U.S. Attorney for the Southern District of New York from January 2002 to December 2003, and subsequently the United States Deputy Attorney General from December 2003 to August 2005. As Deputy Attorney General, Comey was the second-highest-ranking official in the United States Department of Justice (DOJ), and ran its day-to-day operations.

In August 2005, Comey left the DOJ and became General Counsel and Senior Vice President of Lockheed Martin, based in Bethesda, Maryland. In 2010, he became General Counsel at Bridgewater Associates, based in Westport, Connecticut. In early 2013, he left Bridgewater to become a Senior Research Scholar and a Hertog Fellow on National Security Law at Columbia Law School. He served on the Board of Directors of HSBC Holdings until July 2013.[3] Comey has been a registered Republican during most of his adult life, although he disclosed in 2016 that he is no longer registered in any party.

In September 2013, Comey was appointed Director of the FBI by President Barack Obama.[4] In that capacity, he was responsible for overseeing the FBI's investigation of the Hillary Clinton email controversy. His role in the 2016 U.S. presidential election, particularly with regard to his public communications, was highly controversial.[5] His decisions have been regarded by many analysts, including Nate Silver of FiveThirtyEight, to have likely cost Clinton the election.[6][7][8]

Comey was dismissed by President Donald Trump on May 9, 2017, days after Comey had asked the Justice Department for increased funding for the FBI's investigation into Russia’s interference in the presidential election