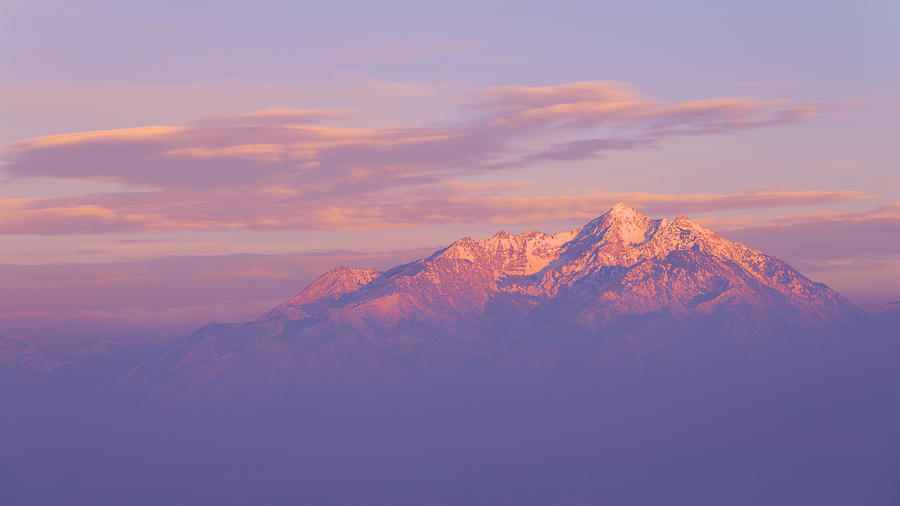 Dreams is a photograph by Chad Dutson which was uploaded on December 15th, 2013.

Utah winters can be harsh, particularly along the Wasatch Front, namely from Ogden to Provo, as when cold winter air thrives, the valleys get literally stuck in muck. Locally it is called an inversion -- essentially it is cold air trapped in the lower portions of the valley, that is unable to escape.

Normally inversions occur in January and February, but in 2013 the first inversion came early, during the first part of December. The first evening it slightly broke up I took the time to find a vantage point to capture the clear valley. This perspective is shooting across the valley, from South Jordan, to the east, capturing Twin Peaks.

What a lovely photo. May I ask do you sell it as digital photo, high resolution, to use on blog or website?