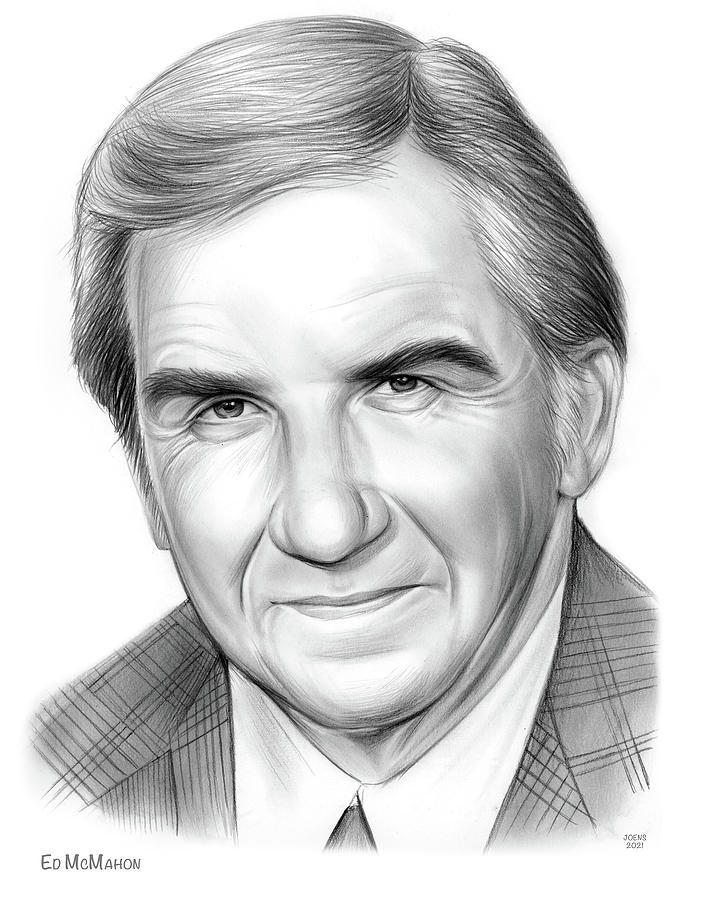 Ed McMahon - pencil is a drawing by Greg Joens which was uploaded on October 28th, 2021.

Sketch of the Day...
Ed McMahon
(March 6, 1923 – June 23, 2009) was an American announcer, game show host, comedian, actor, singer and combat aviator. McMahon and Johnny Carson began their association in their first TV series, the ABC game show Who Do You Trust?, running from 1957 to 1962. McMahon then made his famous thirty-year mark as Carson's sidekick, announcer and second banana on NBC's The Tonight Show Starring Johnny Carson from 1962 to 1992.
McMahon also hosted the original Star Search from 1983 to 1995, co-hosted TV's Bloopers & Practical Jokes with Dick Clark from 1982 to 1998, presented sweepstakes for the direct marketing company American Family Publishers (not, as is commonly believed, its main rival Publishers Clearing House), annually co-hosted the Jerry Lewis MDA Telethon from 1973 to 2008 and anchored the team of NBC personalities conducting the network's coverage of the Macy's Thanksgiving Day Parade during the 1970s and 80s.
McMahon appeared in several films, including The Incident, Fun With Dick and Jane, Full Moon High and Butterfly, as well as briefly in the film version of the TV sitcom Bewitched and has also performed in numerous television commercials. According to Entertainment Weekly, McMahon is considered one of the greatest "sidekicks".