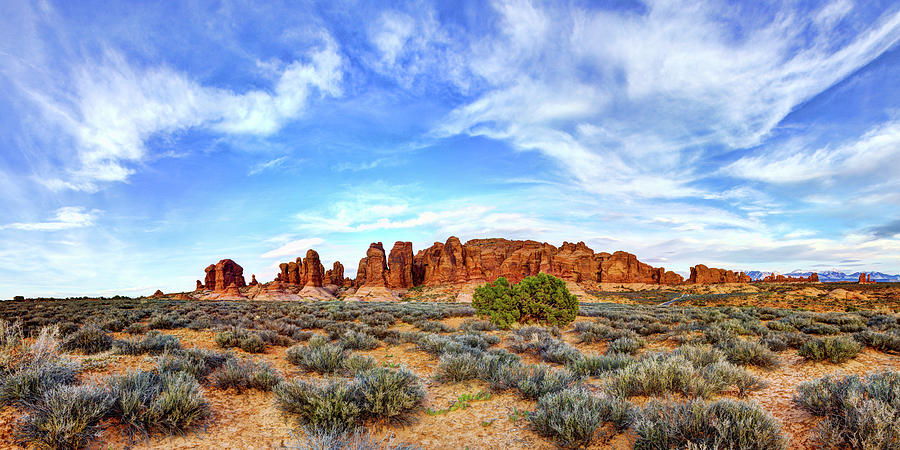 Elephant Butte is a photograph by Chad Dutson which was uploaded on August 22nd, 2012.

Captured under sunset light as "golden hour" began at Arches National Park. This panoramic view of Elephant Butte is in the Windows section of Arches National Park near Moab, Utah. La Sal Mountains, Cove Arch, and Turret Arch are visible in the background (right). The clouds formed perfectly to frame this natural feature!

Congratulations on your Sale!!

wonderful photo, congrats on the sale.

Nice shot. Congrats on your sale!

Beautiful image. Love the way the rock formation seems "miniature" against the foreground and sky.

Thanks George! Appreciate it!