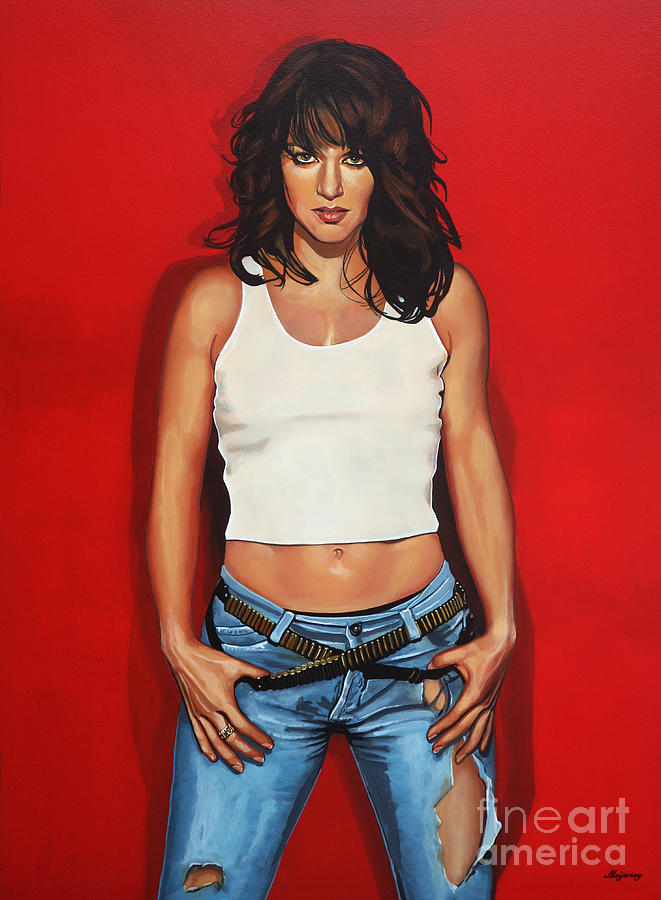 Ellen Ten Damme Painting is a painting by Paul Meijering which was uploaded on April 16th, 2012.

Ellen ten Damme - realistic acrylic painting of the Dutch actress, performer, singer-songwriter and multi-instrumentalist, painted by the Dutch fine artist Paul Meijering - The Original painting is 120 x 90 cm and in the possession of Ellen ten Damme herself

Ellen ten Damme (born October 7, 1967) is a Dutch actress, performer, singer-songwriter and multi-instrumentalist. Ten Damme both sings and acts in three languages (Dutch, English and German), and plays piano and keyboards, guitar and violin. During her school years Ellen was an enthusiastic gymnast, and incorporating some gymnastic tricks or even circus acts into her shows has become a trademark.

Ten Damme grew up in the rural village of Roden, close to the university town Groningen, where she studied Dutch for a while. However she switched to the Amsterdam Theatre school for stage, film, cabaret and musical actors. After spending a great deal of time in Germany, Ten Damme returned to Amsterdam, where she lives in a houseboat.

Paul Congrats!!! Your Stunning Work has been Featured on the Home Page of Weekly Fun!!!

Thank you so much, Chrisann, for the feature and compliments!;-))