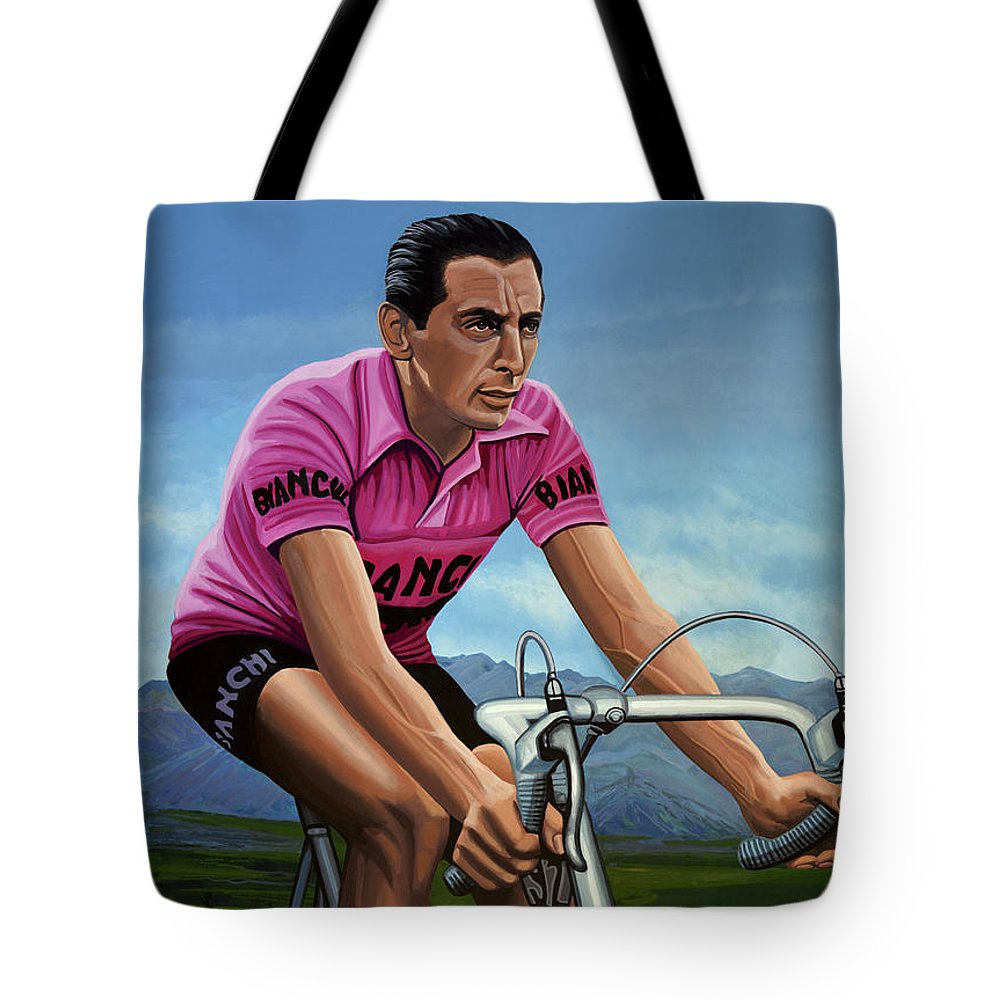 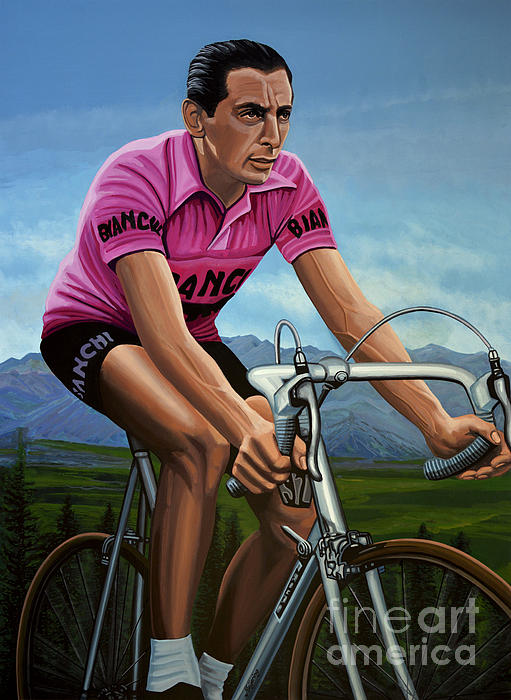 Thank you so very much, John, for all your support and the feature in your exciting group!!;-))...

Congratulations on this marvellous painting being FEATURED in “PAINTING THE OLD WAY” , L/F….group administrator, John Malone (You may also want to participate in our various discussion threads, I would appreciate that)

Thank you so very much, John, for your compliment, all your support and the feature in your marvellous group!!;-))...

I love my new tote! Great quality inside and out. I would recommend this to anyone looking for a high quality tote bag!

I LOVE it! It's very roomy for all my things. And, the beautiful painting is on both sides of the tote bag! Thank You So Much!

I love my new guitar bag. It is eye catching, ample size and sturdy.

Realistic acrylic painting of the Italian all-round racing cyclist Fausto Coppi, painted by the Dutch artist Paul Meijering - the Original painting is 120 x 90 cm and for sale Angelo Fausto Coppi, (15 September 1919 - 2 January 1960), was the dominant international cyclist of the years each side of the Second World War. His successes earned him the title Il Campionissimo, or champion of champions. He was an all-round racing cyclist: he excelled in both climbing and time trialing, and was also a great sprinter. He won the Giro d'Italia five times (1940, 1947, 1949, 1952, 1953), the Tour de France twice (1949 and 1952), and the World Championship in 1953. Other notable results include winning the Giro di Lombardia five times, the MilanďżżSan Remo three times, as well as wins at ParisďżżRoubaix and La Flďżże Wallonne and setting the hour record (45.798 km) in 1942.