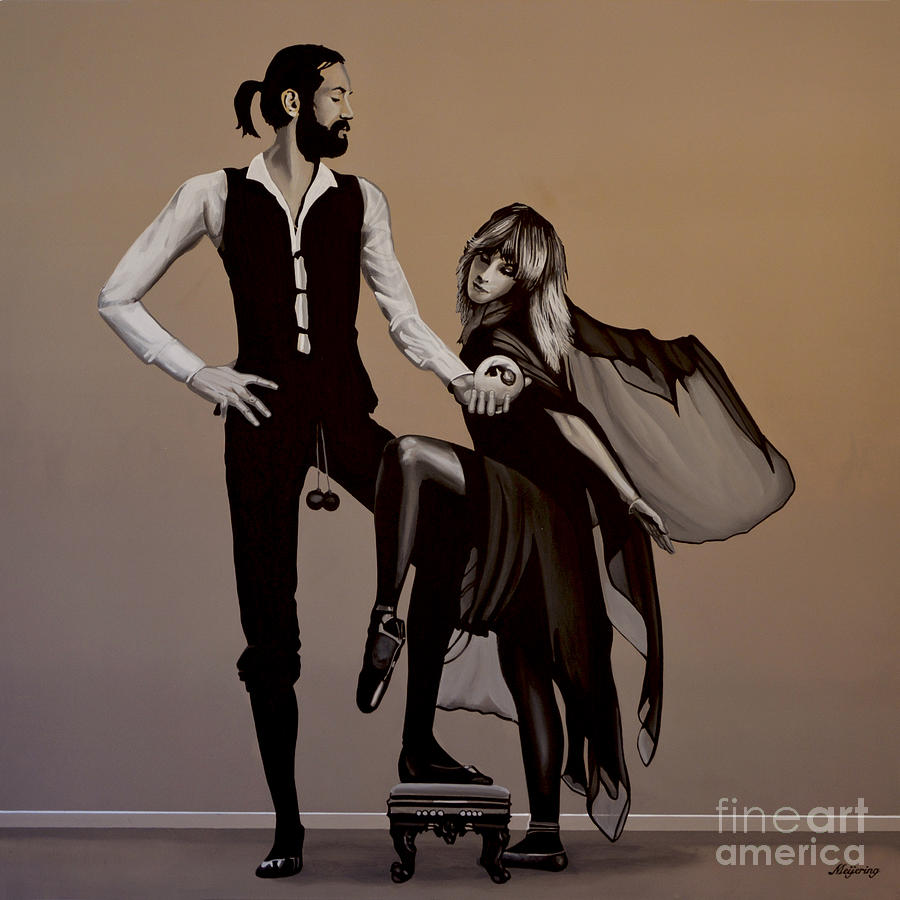 Fleetwood Mac Rumours is a painting by Paul Meijering which was uploaded on July 15th, 2013.

Fleetwood Mac are a British-American rock band formed in 1967, in... more

Fleetwood Mac are a British-American rock band formed in 1967, in London. The band has sold more than 100 million records worldwide, making them one of the best-selling bands of all time. In 1998, selected members of Fleetwood Mac were inducted into the Rock and Roll Hall of Fame, and received the Brit Award for Outstanding Contribution to Music.
The two most successful periods for the band were during the late 1960s British blues boom, when they were led by guitarist Peter Green and achieved a UK number one with "Albatross"; and from 1975 to 1987, as a more pop-oriented act, featuring Christine McVie, Lindsey Buckingham and Stevie Nicks.
Rumours, Fleetwood Mac's second album after the incorporation of Buckingham and Nicks, produced four U.S. Top 10 singles and remained at No. 1 on the American albums chart for 31 weeks, as well as reaching the top spot in various countries around the world. To date, the album has sold over 40 million copies worldwide, making it the eighth-highest-selling album of all time.
The band achieved more modest success between 1971 and 1974, when the line-up included Bob Welch, during the 1990s in between the departure and return of Nicks and Buckingham, and during the 2000s when Christine McVie was absent.
Due to numerous lineup changes, the only original member present in the band is drummer Mick Fleetwood. Although band founder Green named the group by combining the surnames of two of his former bandmates (Fleetwood and McVie) from John Mayall's Bluesbreakers, bassist John McVie played neither on their first single nor at their first concerts, as he initially decided to stay with Mayall. Keyboardist Christine McVie, who joined the band in 1970 while married to John McVie, has appeared on every album except the debut album, either as a member or as a session musician. She left the band in 1998 but returned in 2014.

Fantastic work! Congratulations on your sale!

How can you sell that without permission from the band itself? Just curious.

I remember this album cover. This is a fantastic tribute.

Thank you so very much, Karen, for your lovely comment!!;-))

This looks so much like the original album cover! A great image, and such a fantastic painting! L/F