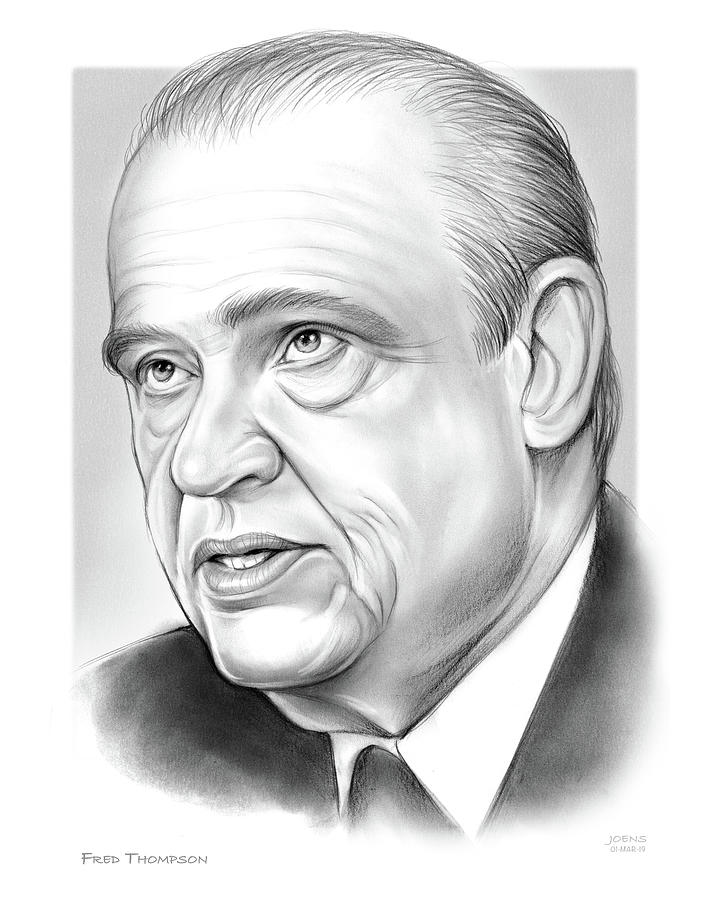 Fred Thompson is a drawing by Greg Joens which was uploaded on March 1st, 2019.

Freddie Dalton Thompson (August 19, 1942 – November 1, 2015) was an American politician, attorney, lobbyist, columnist, actor and radio personality. Thompson, a Republican, served in the United States Senate representing Tennessee from 1994 to 2003, and was a GOP presidential candidate in 2008.

Thompson served as chairman of the International Security Advisory Board at the United States Department of State, was a member of the U.S.–China Economic and Security Review Commission, a member of the Council on Foreign Relations, and was a Visiting Fellow with the American Enterprise Institute, specializing in national security and intelligence.

As an actor, Thompson appeared in a number of movies and television shows including The Hunt for Red October, Die Hard 2, In the Line of Fire, and Cape Fear, as well as in commercials. He frequently portrayed governmental authority figures and military men.[7] In the final months of his U.S. Senate term in 2002, Thompson joined the cast of the NBC television series Law & Order, playing Manhattan District Attorney Arthur Branch.