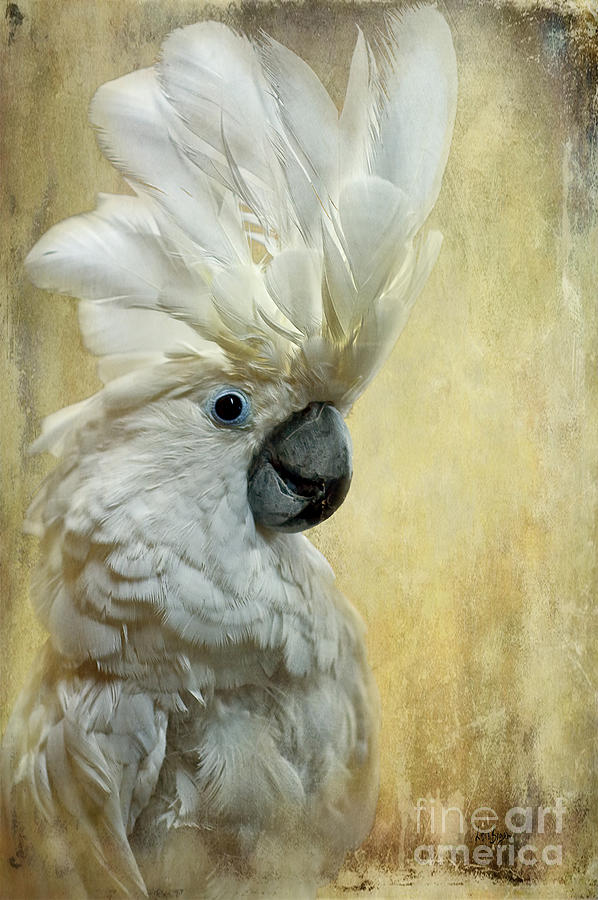 Glamour Girl is a photograph by Lois Bryan which was uploaded on April 9th, 2012.

Very happy to announce that Glamour Girl won first place out of 397 entries in the Sold In June Thru FAA contest held by the Sold on FAA Group,... more

Very happy to announce that "Glamour Girl" won first place out of 397 entries in the "Sold In June Thru FAA" contest held by the "Sold on FAA" Group, hosted by Karen Wiles. My sincere thanks to Karen and to everyone who voted for my image ... and sincere congratulations to the other winners!!

So excited that "Glamour Girl" won first place (tied for first?) in the "Any Animal" contest held by the "Minimal Art" group May 27, 2018. My thanks to the group / contest host, Robert De Momos, and to everyone who voted for my image. Sincere congratulations to the other winners!

Honored to announce that "Glamour Girl" won first place out of 285 images in the Fine Art America contest "Fabulous Feathers" on July 6, 2017. My most sincere thanks to the contest administrator, Anita Faye, and most especially to everyone who voted for my girl.

Absolutely thrilled to announce that "Glamour Girl" has won the Fine Art America contest "I Am A Queen," July 10th, 2016. My sincere thanks to everyone who voted for my little friend ... and thanks, too, to the administrator of the contest, Abeer Hassan.

She and her friends live at the Heads 'N Tails Pet and Feed Supply store in Bedford, Pennsylvania. Image taken on April 7, 2012 with the Nikon D300 and the 50mm Nikon lens at f/3.2 and shutter speed 1/100. Post processing in Adobe Bridge, Photoshop CS4 and Nikon's Capture NX2. My eternal thanks to the great Jerry Jones, ShadowHouse Creations for the texture.

Fine art purchases of this image will not include a watermark, and if I may make a recommendation ... this image will look its very best on the fine art paper choice of "picture rag."

Congratulations on your sale of this beautiful portrait! l/f/t

Congratulations on your admin feature on the Positive Energy Group homepage! Fl

Lois, congrats on your stunning feature in 10 Plus. f/l

This is such a fantastic image, Lois! Congratulations on your many recent sales!

Congratulations on your beautiful sale.

What a great image and artwork, Lois! l/f

Congrats on your wonderful sale sweet girl. Red shoes on?

The wonderful creatures the Lord has made will make your heart sing! Beautiful artwork and congrats, Lois!......L/F......Carry On!

Congrats on your 1st place win in the Any Animal Contest, Lois! Fantastic capture...love the expression on her face and of course the fabulous "hairdo." It looks like she's posing for the camera! L/F

What a precious piece, Lois! The expression and the delicate treatment are marvelous. L/F

Congratulations on your sale, Lois! Excellent capture and digital painting! This bird looks a lot like one of my brother's parrots. L&F