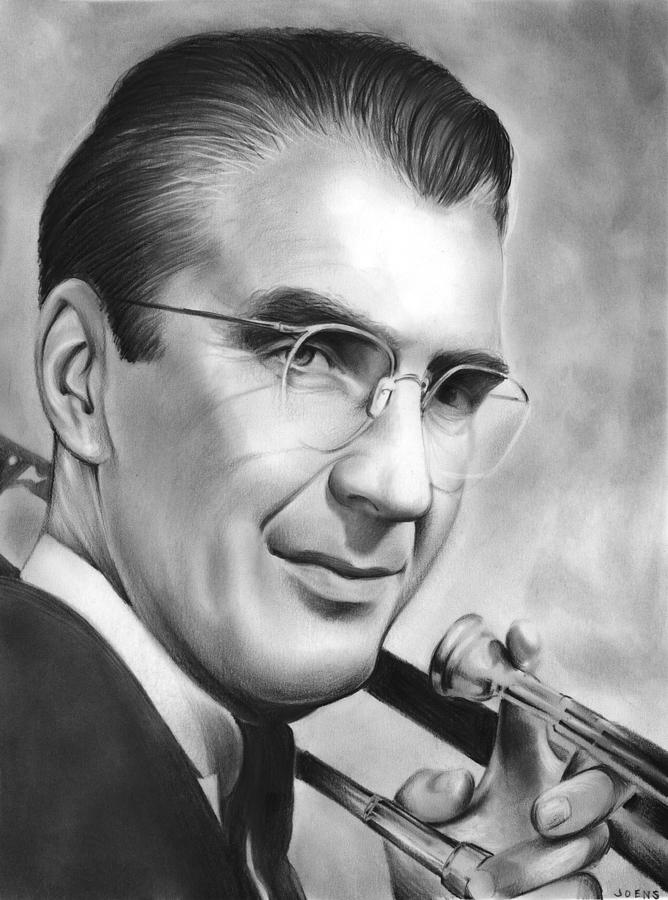 Glenn Miller is a drawing by Greg Joens which was uploaded on June 13th, 2015.

Alton Glenn Miller
(March 1, 1904 – missing in action December 15, 1944) was an American big band musician, arranger, composer, and bandleader in the swing era. He was the best-selling recording artist from 1939 to 1943, leading one of the best known big bands. Miller's notable recordings include "In the Mood", "Moonlight Serenade", "Pennsylvania 6-5000", "Chattanooga Choo Choo", "A String of Pearls", "At Last", "(I've Got a Gal In) Kalamazoo", "American Patrol", "Tuxedo Junction", "Elmer's Tune", and "Little Brown Jug"

While he was traveling to entertain U.S. troops in France during World War II, Glenn Miller's aircraft disappeared in bad weather over the English Channel.