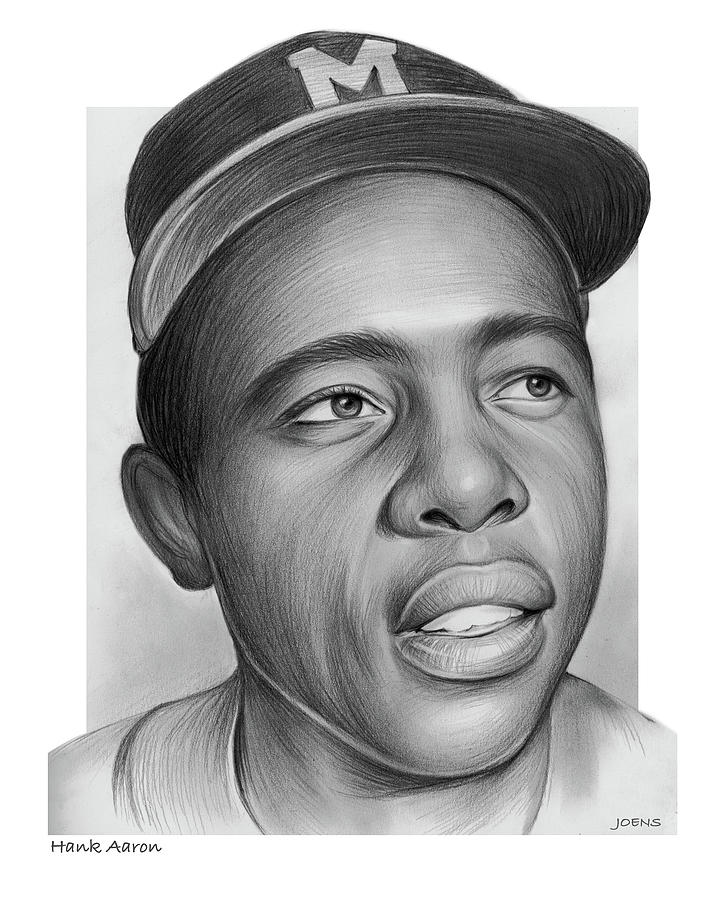 Hank Aaron is a drawing by Greg Joens which was uploaded on February 19th, 2020.

Henry Louis Aaron (born February 5, 1934), nicknamed "Hammer" or "Hammerin' Hank," is a retired American Major League Baseball (MLB) right fielder who serves as the senior vice president of the Atlanta Braves. He played 21 seasons for the Milwaukee/Atlanta Braves in the National League (NL) and two seasons for the Milwaukee Brewers in the American League (AL), from 1954 through 1976. Aaron held the MLB record for career home runs for 33 years, and he still holds several MLB offensive records. He hit 24 or more home runs every year from 1955 through 1973, and is one of only two players to hit 30 or more home runs in a season at least fifteen times.[1] In 1999, The Sporting News ranked Aaron fifth on its "100 Greatest Baseball Players" list.

Aaron was born and raised in and around Mobile, Alabama. Aaron had seven siblings, including Tommie Aaron, who later played in MLB with him. He appeared briefly in the Negro American League and in minor league baseball before starting his major league career.[2] By his final MLB season, Aaron was the last Negro league baseball player on a major league roster. source: wikipedia