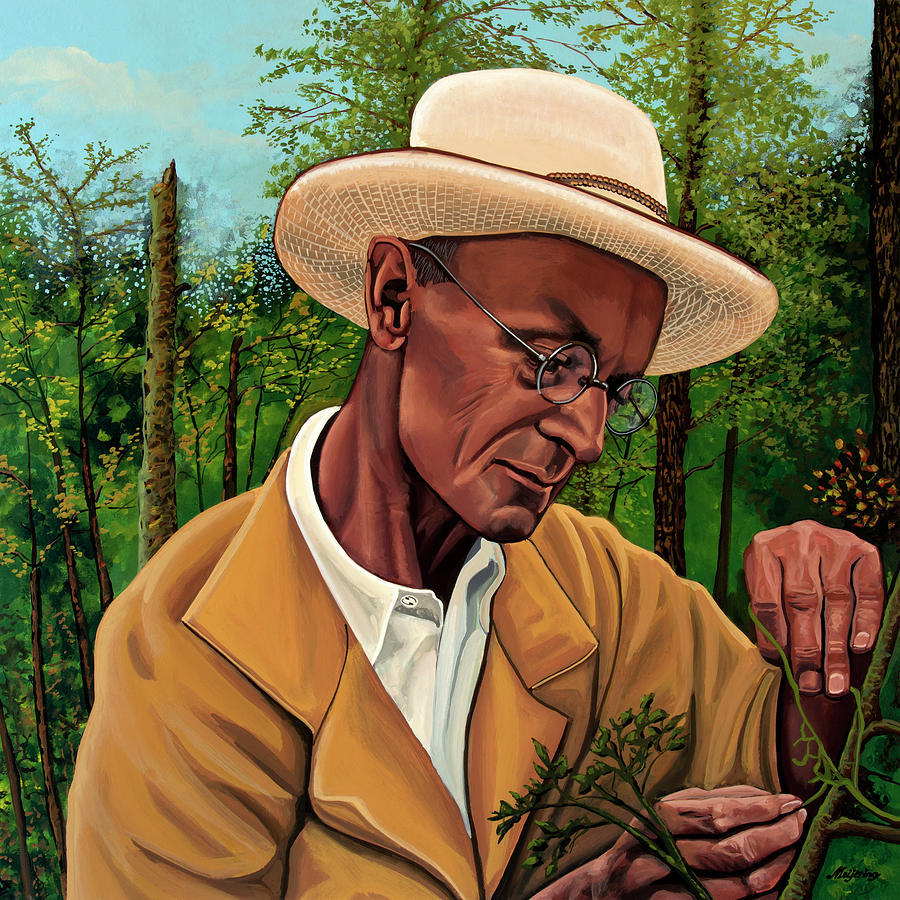 Hermann Hesse Painting is a painting by Paul Meijering which was uploaded on September 8th, 2020.

Realistic acrylic painting of the German-born Swiss poet, novelist, and painter Hermann Hesse, painted by the Dutch fine artist Paul Meijering - the original painting is 90 x 90 cm and for sale.

Hermann Karl Hesse (2 July 1877 - 9 August 1962) was a German-born Swiss poet, novelist, and painter. His best-known works include Demian, Steppenwolf, Siddhartha, and The Glass Bead Game, each of which explores an individual's search for authenticity, self-knowledge and spirituality. In 1946, he received the Nobel Prize in Literature.

In his time, Hesse was a popular and influential author in the German-speaking world; worldwide fame only came later. Hesse's first great novel, Peter Camenzind, was received enthusiastically by young Germans desiring a different and more "natural" way of life in this time of great economic and technological progress in the country (see also Wandervogel movement). Demian had a strong and enduring influence on the generation returning home from the First World War. Similarly, The Glass Bead Game, with its disciplined intellectual world of Castalia and the powers of meditation and humanity, captivated Germans' longing for a new order amid the chaos of a broken nation following the loss in the Second World War.

This is such a wonderful painting and of such a great subject. Herman Hesse's Siddhartha was very impactful to me when I was 18. You captured the life of his leathery skin so well!

Congratulations! Your skillful and interesting painting has been FEATURED on our Homepage!

Congratulations on being featured in the FAA Group 'Promote Your Work Here and Get Noticed.' To ensure your feature remains available over time, post your featured image(s) in the Group's featured image archive (l/f and pinned, www.pinterest.ca/tendrelimages/00-promote-your-work-here-get-noticed/)