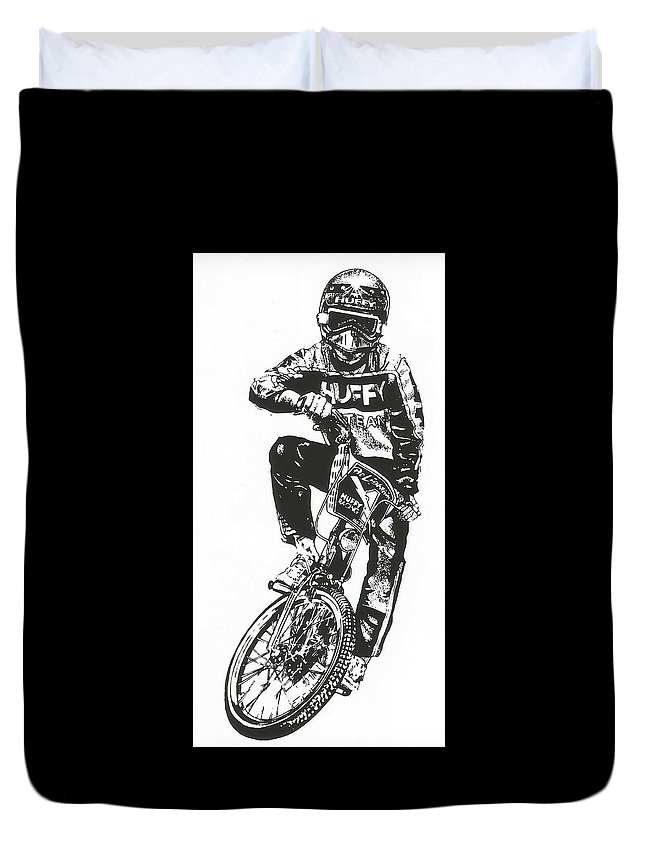 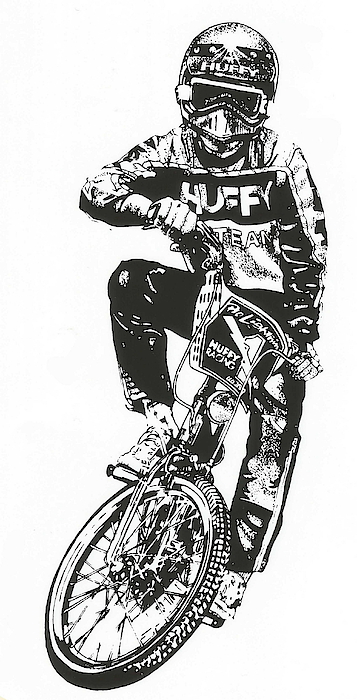 Queen duvet cover (88" x 88") featuring the image "Huffy" by Barbara Keith. Our soft microfiber duvet covers are hand sewn and include a hidden zipper for easy washing and assembly. Your selected image is printed on the top surface with a soft white surface underneath. All duvet covers are machine washable with cold water and a mild detergent.

Congratulations on your feature in Midwest America Artists!

Thanks for the feature Jeff

Thanks for the feature Lenore (Old MASTERS)

I haven’t received my order 😫

I have not yet received the quilt cover .getting concerned about the late delivery

I haven’t recieve it

Love the duvet! Added multiple colorS to my room. Many compliments from guests.

It has its roots in 1887 when George P. Huffman purchased the Davis Sewing Machine Company and in 1890 moved its sewing machine factory from Watertown, New York, to Dayton, Ohio. The Davis Sewing Machine company made their first Dayton bicycle, in Dayton, Ohio, in 1892. In 1924, George's son, Horace M. Huffman, Sr., founded the Huffman Manufacturing Company. From then until 1949, Huffman continued to manufacture and sell bicycles under the "Dayton" brand. During the 1930s, Huffman participated in the revival of the American cycling industry, during which Horace Huffman commented on a "change of attitude". Although Huffman dabbled in the high-end of the market, they never overcame their entry-level reputation. Bicycles sold under the Huffy brand are now made in China (Wikipedia).

09-24-19: Just to let you know.. I had surgery on my finger in January - the joint is now frozen, which is extremely helpful. Although I will probably never be able to work as long on individual pieces - at least I'm back at it. I take my time but still enjoy the creativity as much as always. Thanks for being interested. 05-19-17: Due to the injury of my index finger I can no longer work the hours I used to so I'm working on very short timelines. What that means is that it's going to take me a lot longer to get anything done. You never realize how important a thing like a finger is until you damage it!!! Bear with me, I will post anything new as I finish them. Also, I would like to let all the groups that I belong to know that I'm...