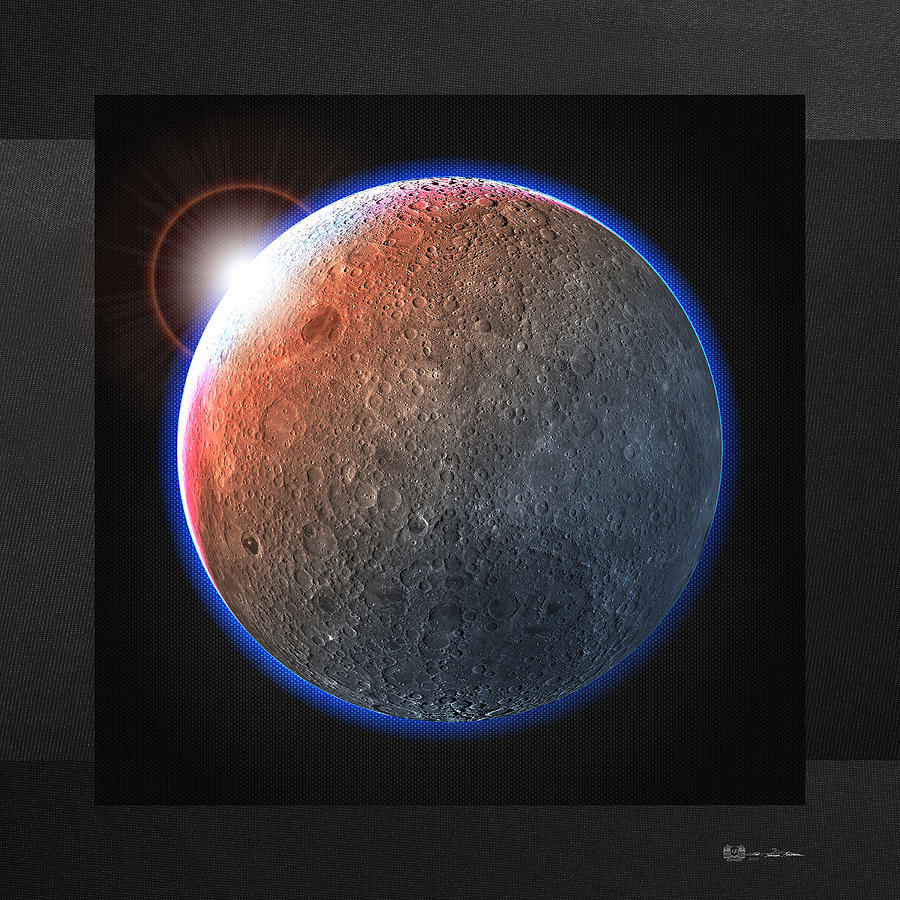 Hunter's Moon - The Dark Side Of The Moon is a piece of digital artwork by Serge Averbukh which was uploaded on April 30th, 2015.

Hunter's Moon - The Dark Side Of The Moon

Hunter's Moon - The Dark Side Of The Moon

Introducing 'The Space Odyssey' collection by Serge Averbukh, showcasing convergent media paintings of various celestial bodies and space exploration themes.Here you will find framed and wrapped/stretched canvas fine art prints, featuring a Hunter's Moon - The Dark Side of the Moon.
The Moon (Latin: Luna) is Earth's only natural satellite. Although not the largest natural satellite in the Solar System, among the satellites of major planets it is the largest relative to the size of the object it orbits (its primary). It is the second-densest satellite among those whose densities are known (after Jupiter's satellite Io).
Dark side of the Moon may refer to the portion of the Moon's surface that we are unable to observe from Earth, which is more correctly referred to as the Far Side of the Moon. In this idiomatic phrase, "dark side of the Moon" does not refer to darkness, as in the absence of light, but to the unknown, because humans did not see the far side of the Moon until the Soviet Union photographed it in 1959. Due to tidal locking, the Moon rotates on its axis in the same rotational direction as Earth in 29.5 Earth days which is the same number of Earth days that it takes the Moon to orbit the Earth. Thus, the same side of the Moon always faces the Earth.
"Harvest Moon" and "Hunter's Moon" are traditional terms for the full moons occurring during late summer and in the autumn, in the northern hemisphere usually in August, September and October respectively. The "Harvest Moon" is the full moon closest to the autumnal equinox (22 or 23 September), and the "Hunter's Moon" is the one following it.