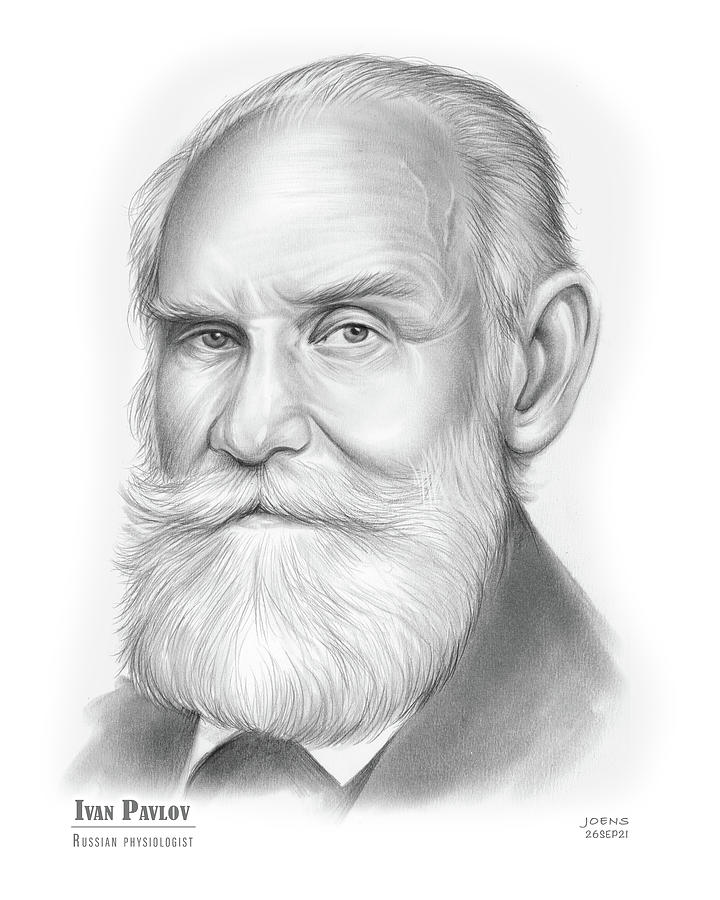 Ivan Pavlov - pencil is a drawing by Greg Joens which was uploaded on September 26th, 2021.

Ivan Pavlov September 26, 1849 – 27 February 1936)
was a Russian physiologist known primarily for his work in classical... more

Ivan Pavlov September 26, 1849 – 27 February 1936)
was a Russian physiologist known primarily for his work in classical conditioning.

From his childhood days Pavlov demonstrated intellectual curiosity along with an unusual energy which he referred to as "the instinct for research". Inspired by the progressive ideas which Dmitry Pisarev, a Russian literary critic of the 1860s, and Ivan Sechenov, the father of Russian physiology, were spreading, Pavlov abandoned his religious career and devoted his life to science. In 1870, he enrolled in the physics and mathematics department at the University of Saint Petersburg to study natural science.

Pavlov won the Nobel Prize for Physiology or Medicine in 1904,[4][5] becoming the first Russian Nobel laureate. A survey in the Review of General Psychology, published in 2002, ranked Pavlov as the 24th most cited psychologist of the 20th century.[6] Pavlov's principles of classical conditioning have been found to operate across a variety of behavior therapies and in experimental and clinical settings, such as educational classrooms and even reducing phobias with systematic desensitization.[7][8]