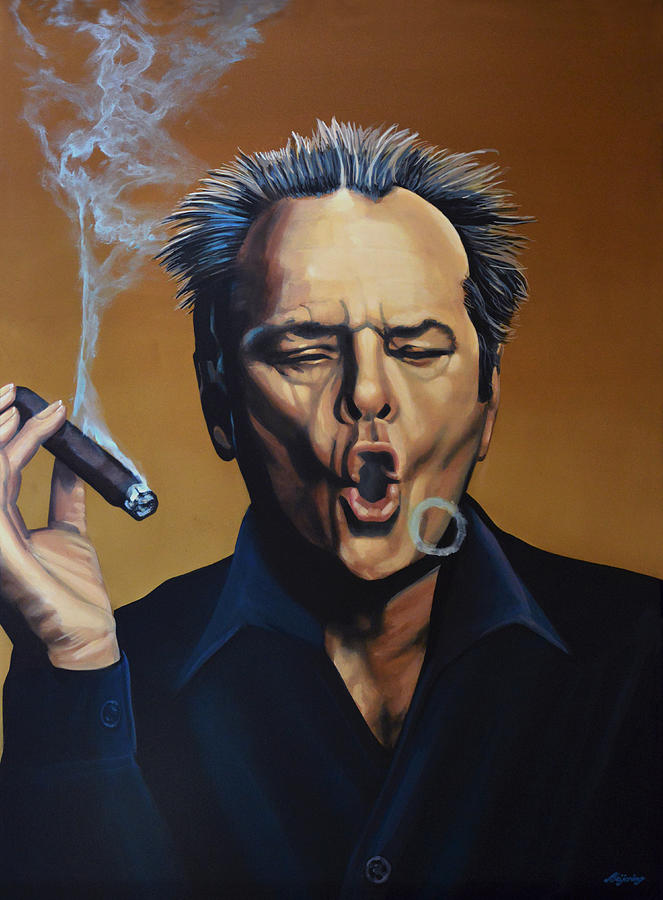 Jack Nicholson Painting is a painting by Paul Meijering which was uploaded on April 19th, 2013.

John Joseph "Jack" Nicholson (born April 22, 1937) is an American actor and filmmaker, having performed for nearly 60 years. He is known for playing a wide range of starring or supporting roles, including satirical comedy, romance and dark portrayals of excitable and psychopathic characters. In many of his films, he has played the "eternal outsider, the sardonic drifter", and someone who rebels against the social structure.

Nicholson is one of only two actors to be nominated for an Academy Award for acting in every decade from the 1960s to the 2000s; the other is Michael Caine. He has won six Golden Globe Awards, and received the Kennedy Center Honor in 2001. In 1994, he became one of the youngest actors to be awarded the American Film Institute's Life Achievement Award.

He played Jack Torrance in Stanley Kubrick's horror film The Shining (1980), the Joker in Batman (1989), and Frank Costello in Martin Scorsese's neo-noir crime drama The Departed (2006). Other films include the legal drama A Few Good Men (1992), the Sean Penn-directed mystery film The Pledge (2001), and the comedy-drama About Schmidt (2002).

a fun image of the Jack.

"Art is the stored honey of the human soul, gathered on wings of misery and travail." -- Congratulations on your recent sale of this amazing Work!

Congratulations. That is wonderful. I love him and this.