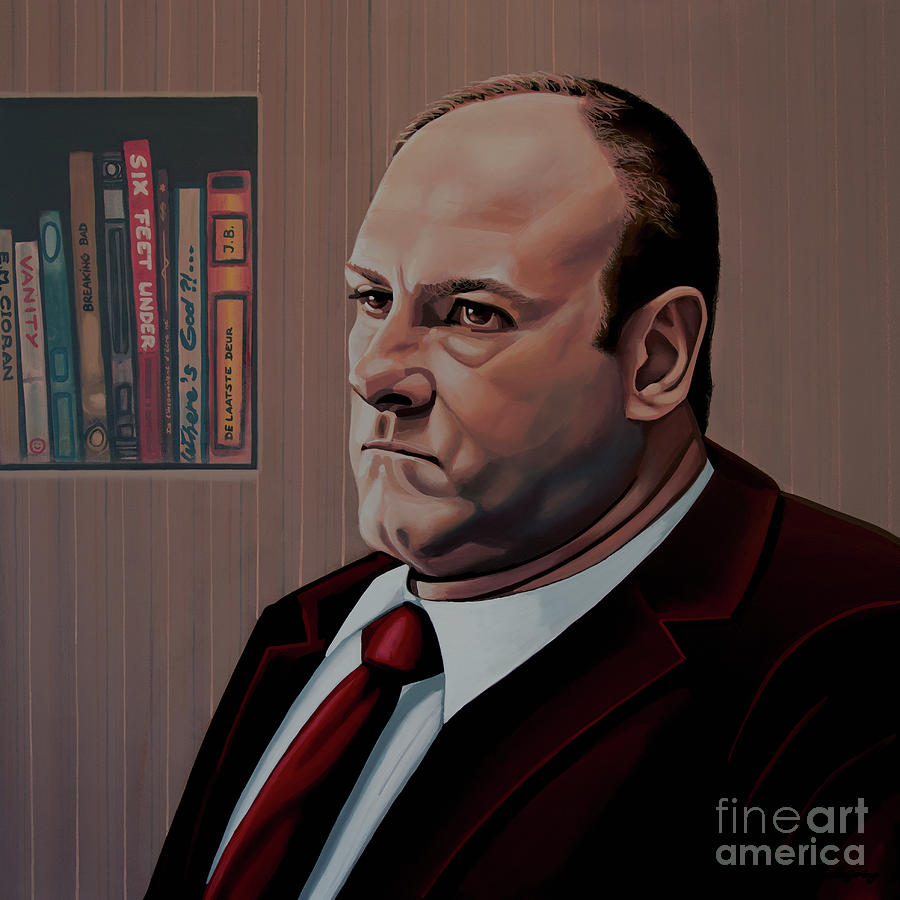 James Gandolfini Painting is a painting by Paul Meijering which was uploaded on February 27th, 2017.

Realistic acrylic painting of the late American actor James Gandofini as Tony Soprano, painted by the Dutch fine artist Paul Meijering - the Original painting is 90 x 90 cm and for sale

The Sopranos is an American crime drama television series created by David Chase. Revolving around the fictional character and family of New Jersey-based Italian American mobster Tony Soprano (James Gandolfini), the show portrays the difficulties he faces as he tries to balance the conflicting requirements of his home life and his criminal organization. These are often highlighted during his therapy sessions with psychiatrist Jennifer Melfi (Lorraine Bracco). The series features Tony's family members, mafia colleagues, and rivals in prominent roles and story arcs, most notably his wife Carmela (Edie Falco) and protege Christopher Moltisanti (Michael Imperioli).

James Joseph Gandolfini Jr. (September 18, 1961 - June 19, 2013) was an American actor and producer. He was best known for his role as Tony Soprano, an Italian-American crime boss, in the HBO crime drama The Sopranos. He garnered enormous praise for his performance, winning three Emmy Awards, three Screen Actors Guild Awards, and one Golden Globe Award.

His other notable roles included mob henchman Virgil in True Romance (1993), enforcer and stuntman Bear in Get Shorty (1995) and impulsive "Wild Thing" Carol in Where the Wild Things Are (2009). For his performance as Albert in Enough Said (2013), Gandolfini posthumously received much critical praise and several accolades, including a Screen Actors Guild Award nomination and the Boston Society of Film Critics Award for Best Supporting Actor.

Paul, Stunning work!!.. Your Work has been Featured On The Home Page of Weekly Fun For All Mediums...Congrats!!!