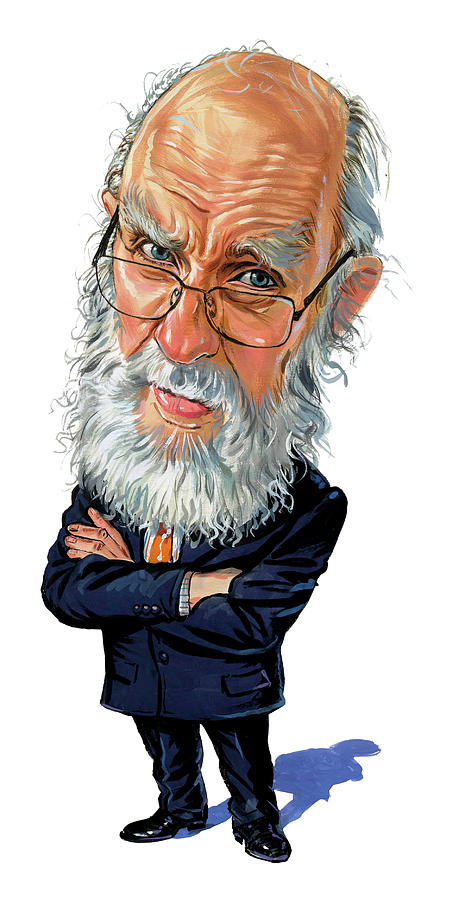 James Randi is a painting by Art which was uploaded on January 7th, 2011.

James Randi (born Randall James Hamilton Zwinge; August 7, 1928) is a Canadian-American stage magician and scientific skeptic best known as a challenger of paranormal claims and pseudoscience. Randi is the founder of the James Randi Educational Foundation (JREF). Randi began his career as a magician named The Amazing Randi, but after retiring at age 60, he began investigating paranormal, occult, and supernatural claims, which he collectively calls "woo-woo." Although often referred to as a "debunker," Randi rejects that title owing to its perceived bias, instead describing himself as an "investigator." He has written about the paranormal, skepticism, and the history of magic. He was a frequent guest on The Tonight Show Starring Johnny Carson and was occasionally featured on the television program Penn & Teller: Bullshit!. The JREF sponsors The One Million Dollar Paranormal Challenge offering a prize of US$1,000,000 to eligible applicants who can demonstrate evidence of any paranormal, supernatural or occult power or event under test conditions agreed to by both parties. Source: Wikipedia.org