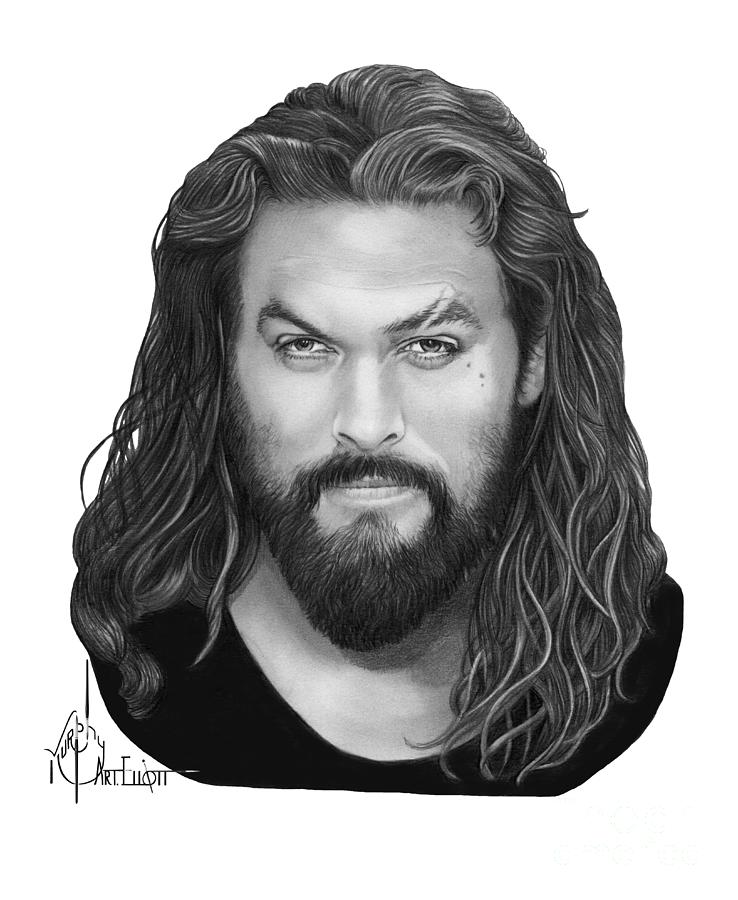 Jason Momoa is a drawing by Murphy Elliott which was uploaded on June 5th, 2018.

A pencil drawing of Jason Momoa by Murphy Art. Elliott
Joseph Jason Namakaeha Momoa (born August 1, 1979) is a Kānaka-American actor, writer, director, producer and model. He is known for his television roles as Ronon Dex on the military science fiction television series Stargate Atlantis (2004–2009), Khal Drogo in the HBO fantasy television series Game of Thrones (2011–2012), and as Declan Harp in the Netflix series Frontier (2016–present).

Momoa portrayed the title character in the sword and sorcery film Conan the Barbarian (2011). He plays Aquaman in the DC Extended Universe, beginning with the 2016 superhero film Batman v Superman: Dawn of Justice, and then in the 2017 ensemble Justice League and the 2018 solo film Aquaman.[1][2]

Road to Paloma was Momoa's first film as director, writer, and producer. He also starred in the lead role in the film, released on July 11, 2014.[3]

Excellent work, Murphy!!! Congratulations, your work is Featured in "Just Drawing"! I invite you to place it in the group's "Featured Image Archive" Discussion!! And a congratulations as your gorgeous artwork was also specially chosen as an “Administrator's Finest” and shared in the Just Drawing group thread!! 😊